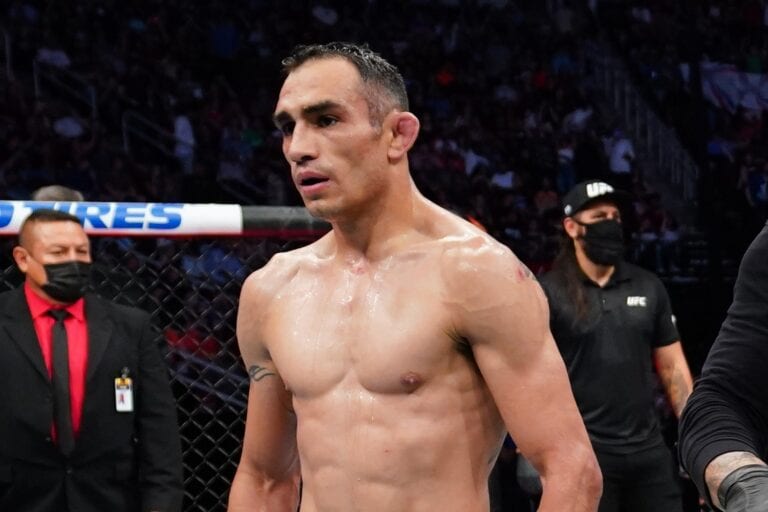 Tony Ferguson has revealed that he has no imminent plans to retire from mixed martial arts.

It comes in the wake of his third straight UFC loss this past weekend at UFC 262, where he was dominated and almost submitted by fellow lightweight Beneil Dariush. Now, with the Dariush defeat coming on the heels of losses to Justin Gaethje and Charles Oliveira, ‘El Cucuy’ fans have been left wondering if the unthinkable could be a step closer.

Ferguson not done yet

Everyone within the MMA sphere knows just how tough Ferguson is and in the following Instagram post, he doubled down on that reputation by insisting he isn’t contemplating retirement.

“It Ain’t Over Yet McGavin… The Way I See It… We’ve Only Just Begun.” He wrote.

“Retire & Give These MF’s A Break!? No, I Don’t Think So. Not On My Watch… Now I’m Pissed. Thank you Hardcore For Picking Me Up When I Was Down Crew.”

Based on the Happy Gilmore quote and the optimistic nature of the compilation video, it feels as if Ferguson has a real chip on his shoulder.

The 37-year-old doesn’t appear to be in a position whereby he can threaten to make a push towards another title shot. However, there’s still a chance he can beat some really competitive guys at 155 pounds.

The issue many have is that Tony is “too tough for his own good”, as he showcased by somehow hanging on in the midst of a brutal heel hook attempt by Dariush at UFC 262.

Ferguson is best known for his run towards the UFC interim lightweight title and while we’ll likely never get the chance to see it, many will continue to wonder what would’ve happened if he’d have fought Khabib Nurmagomedov when the pair were both in their prime.