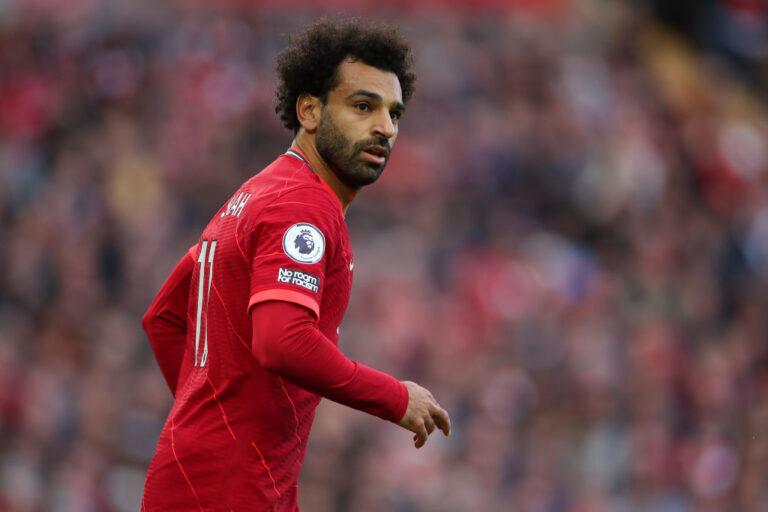 Sport has suffered dramatically during the pandemic, but the beautiful game hasn’t stopped delivering spectacular moments.

We’re looking back at the best football matches of 2021 to remind you all that’s it’s still been an excellent year for the world’s favourite pastime.

This countdown features five of the most important, exciting, nail-biting and bizarre matches of the 2021 calendar year.

It won’t be pleasant for England supporters to see this match on the list. However, the quality of the final was of a high enough standard to get a place on our list.

Luke Shaw slotted home a beautiful finish just 116 seconds into England’s first-ever European Championship final to send his fans into hysterics. But that could have been the worst thing to happen for the home side.

They spent the next 65 minutes desperately trying to defend their lead but it wasn’t enough. Leonardo Bonucci equalised to put Italy in the driving seat.

They dominated the rest of the game, but the Three Lions desperately hung on through attack after attack to take the contest to penalties.

Jordan Pickford made the first save, but sadly for England, it wasn’t to be.

However, it can’t be denied that the 51-year-old gave his nation an incredible summer, and most importantly, he made the country believe again.

This game was absolute pandemonium. Most of the six goals were bizarre.

Fans at the Olympic Stadium witnessed an own goal, huge deflections, a ridiculous defensive lapse, and a rare instance of an on-field referee disallowing a goal for handball that VAR deemed legal.

However, these mind-boggling incidents all added to the drama of an unmissable piece of sporting content.

Getting so much entertainment out of such ridiculous things could be considered wrong. But the game was nothing short of an absolute spectacle. That’s why it has to be regarded as one of the best football matches of 2021.

Excitement is all but guaranteed when the Reds take on the Citizens. The blend of their incredible styles always makes for a fan-friendly affair, which was apparent earlier this season.

At the time, the two previous league winners stood in first and second in the table, so this game pitted the very best English football clubs against one another.

Sadio Mane completed an excellent team move following a cagey opening half to put his team in front. The goal angered the visitors, who responded beautifully. Phil Foden struck an absolute lightning bolt finish into the back of the next to equalise for the champions. That’s when proceedings caught fire.

Later, Mo Salah produced one of the greatest moments of his career. He bamboozled five City defenders with a mesmerising display of ball control and football IQ. He followed this with a beautiful goal that flew straight past a helpless Ederson.

However, it wasn’t enough to settle the game. In the 81st minute, Kevin De Bruyne then hit a long-range effort that deflected into the back of the net.

The thrilling encounter finished with both sides sharing the points in one of the best Premier League matches we’ve seen in a long time.

Read: The one Thiago goal better than his strike for Liverpool against Porto.

There have been some monumental upsets in football history, but this has to be up there with the best of them.

France were not only viewed as heavy favourites to win this last 16 fixture, but also the entire competition. Switzerland were supposed to be speed bumps in their journey to becoming European champions. But the underdogs hadn’t read the script.

Haris Seferovic bagged an early goal, but in no time at all, Karim Benzema and Paul Pogba combined to put the World Cup holders into a 3-1 lead.

It looked like it would be a routine win for the French, but the Swiss didn’t give up. Seferovic headed in his second goal of the match for Switzerland before Mario Gavranovic smashed home the equaliser in an incredible turn of events.

Incredibly, the underdogs prevented France from finding a winner in extra time, and the knockout fixture went to penalties.

Kylian Mbappe was expected to convert his penalty. However, he looked nervous stepping up. Yan Sommer was on the opposite end of the emotional spectrum. He saved the penalty to solidify himself as a national hero and the historic victory for his country. The fantastic game deserves a place on this list.

Six goals, two red cards, and a penalty shootout. What more could a fan ask for?

This incredible Copa America fixture was so remarkable that it almost outshone Lionel Messi winning his first-ever piece of international silverware.

Gustavo Gomez opened proceedings by putting Paraguay into the lead. However, his fortunes quickly changed. He scored an own goal and followed that with two yellow cards, which ended his tournament before half-time.

The thrilling first segment was just a taste of what was to come, as the next 45 minutes featured even more drama. Another red card and further goals added to the spectacle before it seemed Peru were about to seal their place in the final four.

But in the dying seconds, Gabriel Avalos secured a last-minute equaliser.

This meant only one thing; a penalty shootout. A total of five spot-kicks went wide or were saved before Peru’s Miguel Traucco scored the winner in what was an unbelievable triumph for his country. This game bags the number one spot on our list of the best football matches of 2021.