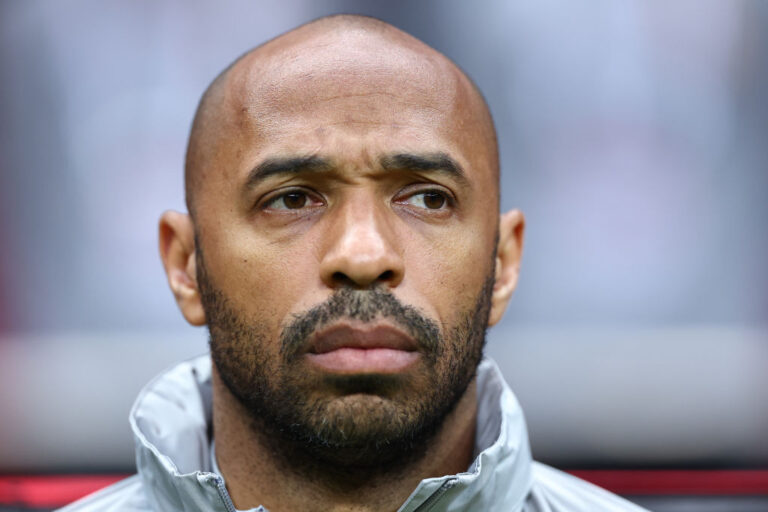 Iconic French forward Thierry Henry revealed that the toughest opponent he has ever faced was a player who he came up against when he was just 19.

On this day 23 years ago, Henry signed for Arsenal. Tearing up the Premier League and the global footballing stage, Henry is one of the greatest footballers of all time.

World Cup winner, Champions League winner and Premier League winner are just three of the many descriptions that can be used to introduce the legendary forward.

On 3rd August 1999, Henry arrived at Arsenal from Juventus for £11 million. A talented winger, the Frenchman was seen by Arsene Wenger as the man to transform Arsenal’s fortunes.

He did just that at the London club. Henry was moulded into a striker by Wenger and became a nightmare for every Premier League defender.

The likes of John Terry, Nemanja Vidic and Rio Ferdinand all faced Henry and were run ragged at times, as the Frenchman won the Premier League and FA Cup twice each.

Even now, when people debate the best strikers in Premier League history, Henry is always one of the first names mentioned.

While Henry came up against some talented defenders during his time in England and also in Spain with Barcelona, the World Cup winner revealed that he faced his toughest opponent before he arrived in England.

Last season when Henry was asked this question, he named former Inter Milan defender Taribo West as the player he found it most difficult playing against. The pair came up against each other in Ligue 1, when Henry was a young player at Monaco.

He said: “As a direct opponent, wow that’s tough. I will go back in the days: Taribo West.”

Henry revealed he had faced West when the defender played for French side Auxerre.

“Man-marking, he was following you everywhere, even in the dressing room!” he added.

Henry and West lined up against one another in the 1996/97 Ligue 1 season. The Nigerian closed Henry down and didn’t give him a moment’s rest.

There were a couple of times when the winger escaped the attention of the centre-back, almost resulting in a goal. There was one moment when Henry knocked the ball beyond West and flew down the right wing, only for his cross to narrowly miss the man in the middle.

Throughout the match it was clear was West’s remit was to man-mark Henry. He hardly let him get half a yard.

In the second half, Henry looked certain to score when the ball broke to him one on one. However, the Nigerian defender did superbly to get back and pressure the Frenchman, resulting in the ball rolling agonisingly wide.

On balance, Henry edged the battle, but West would have been happy with his job as the Frenchman failed to score. On the evidence of this match, it is no surprise Henry named West as his toughest opponent.