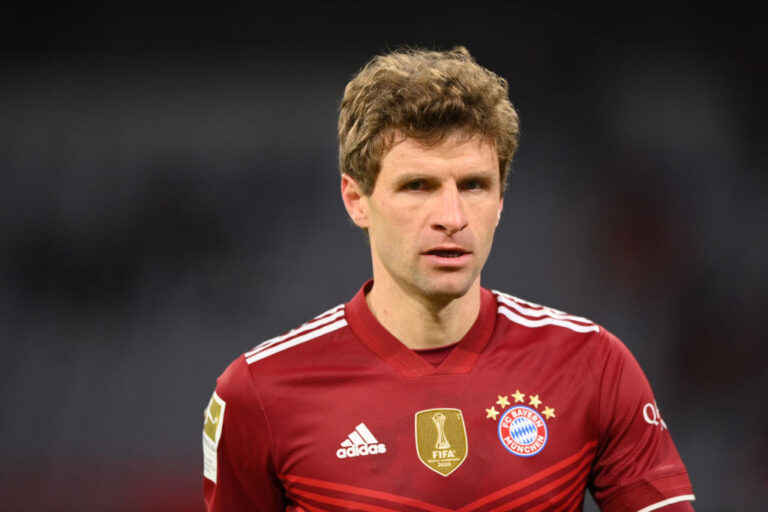 Thomas Muller is disappointed with the outcome of this year’s Ballon d’Or. The German’s teammate, Robert Lewandowski, controversially failed to win the award.

This year, the statistics indicated that the Polish striker had been the best player on the planet. However, the panel of esteemed journalists disagreed.

Instead, they crowned now seven-time champion Lionel Messi as the greatest footballer in the world.

Lewandowski’s fellow Bayern Munich star, Muller, has expressed his disappointment with the result. He even implied on his LinkedIn page that this isn’t the first time something like this has happened.

He stressed: “What happened at the Ballon d’Or’s ceremony was disappointing. Similar to Ribery in 2013. But this gives us more motivation to win this season’s UCL and prove to the world what German football is capable of. And we will prove that starting by our next match against Barcelona.”

Muller added: “From a Bavarian, Polish and also from a German point of view, the presentation of the Ballon d’Or yesterday evening was definitely a disappointment.”

Why should Lewandowski have won the award?

Robert Lewandowski has been phenomenal throughout the year, and many felt his performances warranted the award more than the displays of Messi did.

Bayern Munich released an article before the ceremony, elaborating on why they believed he deserved to emerge the victor.

Several eye-raising statistics vindicated the Pole’s quest to be considered the best player in the world.

Lewandowski scored a record-breaking 41 goals in the Bundesliga last season and contributed seven assists to his Munich-based team. However, it’s his 53 goals in all competitions that set him apart from the world pack. His nearest rival, Erling Haaland, only had 37.

He has scored hat-tricks, guided his team to victory even when they only had ten men and even bagged last-minute winners. But none of this was enough to sway the media away from his Argentian rival.

The 32-year-old is a notoriously charismatic character. Muller simply doesn’t care – whether it’s playing practical jokes, showing off his horse Dave or dressing up in lederhosen, he always finds a way to make people smile.

The Bayern Munich legend is an eccentric character who loves to seize the day. However, this doesn’t mean that he won’t stand his ground if need be.

When he was dropped by his national coach in 2019, Muller had no problem expressing his feelings to the media.

He told them that he was “angry and surprised” with the decision.

Therefore, it comes as no surprise that the World Cup winner is willing to put his neck on the line for his teammate.

Whether Lewandowski should have won the award or not, there is no doubting how far Thomas Muller will go to help a friend.