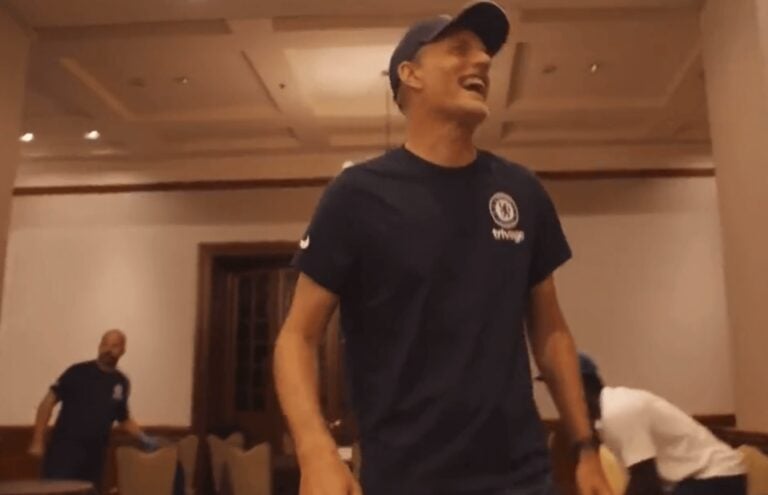 There is no rest for the wicked in the Premier League, as teams have travelled to all four corners of the world in their pre-season tours. On the whole, the tours are an excellent opportunity for fans in other countries to get a chance to see their favourite players. Meanwhile, the squads get a chance to gain some conditioning and practice against fresh opposition.

Another fun element is the team bonding that occurs behind the scenes on tour. Aside from football, this is also crucial in developing a strong team spirit for the long season ahead.

In Chelsea’s case, this is particularly important given their high-profile new signings. Last week, the Blues announced the transfer of Kalidou Koulibaly. The Senegalese defender joined from Napoli, costing Chelsea £33 million per Sky Sports.

Koulibaly was the club’s second signing this summer, following Raheem Sterling. He was a bit more expensive than Koulibaly, setting the London side back £47.5 million. Rivals Manchester City enjoyed a boost in funds as a result.

With the pair’s successful integration into the squad vital to Chelsea’s success, fans will enjoy the video of Sterling and Thomas Tuchel enjoying a game of table tennis.

The squad and their boss decided to play ping pong at the team hotel in the USA. Clearly, the group is enjoying each other’s company, as a great video on Twitter has shown the camaraderie between Tuchel and his players.

In the table tennis game, Sterling fires a serve across to Tuchel, who returns with a backhand. However, a composed-looking Sterling is definitely in control, moving his manager around the table with each of his shots.

After a brief rally, the winger dispatches Tuchel with a swift smash shot, which the team met with a round of laughs. The manager then light-heartedly throws his paddle down in mock “disgust” before joining in on the laughter.

Hilariously, Tuchel then repeatedly starts saying, “Not against Raheem! Oh Jesus,” before slumping on a chair in fake “horror”. This only served to make his players laugh even more.

Evidently, this Chelsea team is building a great rapport which could help them throughout 2022/23. However, the pre-season results suggest that more work on the pitch might be needed.

The Blues kicked off their tour of America successfully last week. At Allegiant Stadium in Las Vegas, Chelsea defeated Mexican side Club America 2-1. Goals from Mason Mount and Timo Werner saved Reece James after the defender had scored an own goal.

Unfortunately, the London side suffered defeat in their next game. Actually, in normal time, Chelsea drew 1-1 with Charlotte FC. Christian Pulisic scored on home soil before a last-minute penalty levelled the score.

Thomas Tuchel’s side then lost 5-3 on penalties, where Conor Gallagher had a woeful spot kick saved.

So, their record in pre-season sits at one win and one loss. Chelsea take on Arsenal in the final leg of their US tour, with the Florida Cup going to the victor.

Following this, the Blues travel to Italy. They are set to play Udinese in their last friendly before the Premier League starts back up on the first weekend of August.