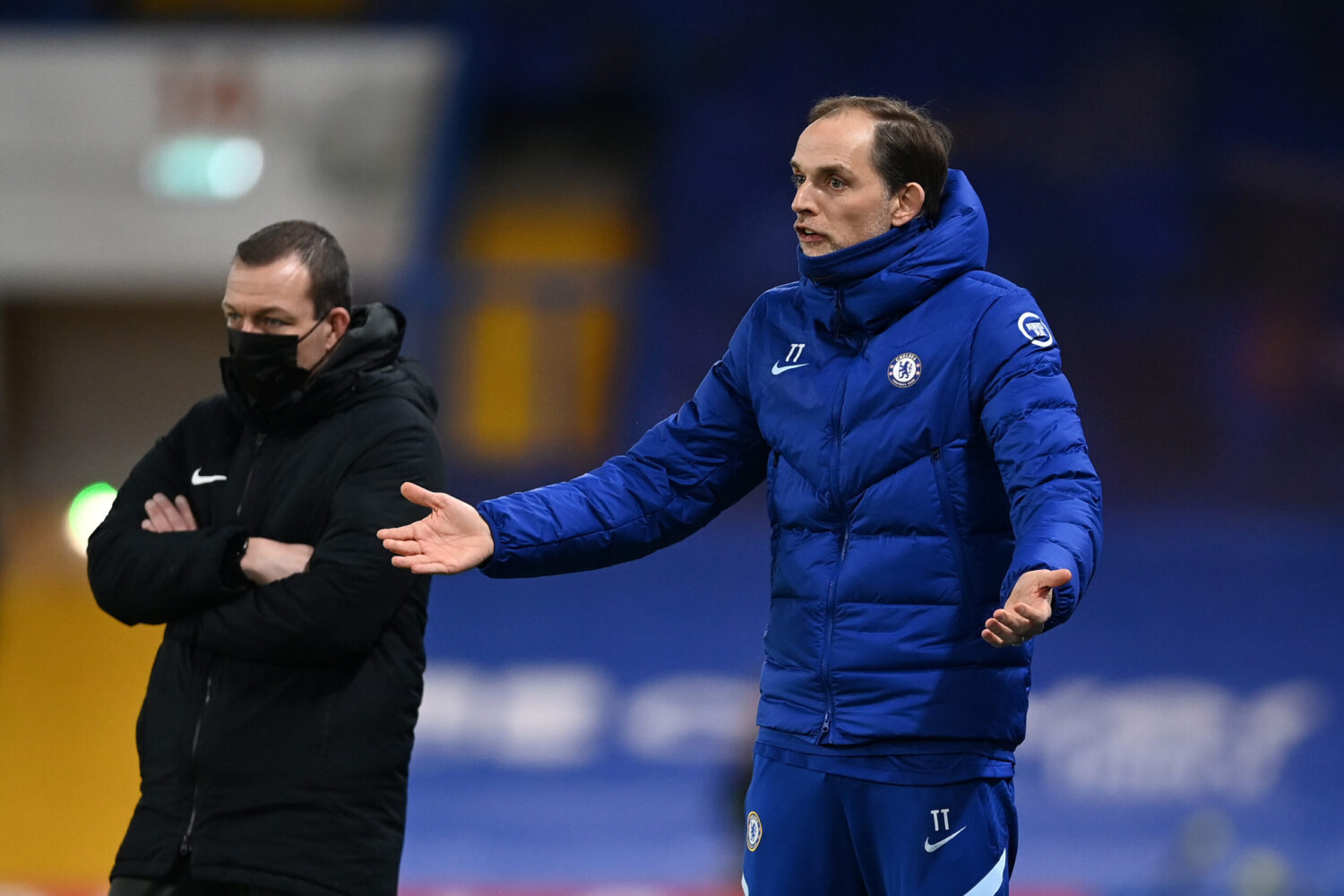 There is something quite endearing about having your manager come away from an away tie against Real Madrid and be so frustrated with not winning the match, but given the context of last night’s Champions League encounter between the Glaticos and Chelsea, it’s understandable.

Thomas Tuchel was clearly bitterly disappointed with the result. but given the performance the players put out, it’ll give supporters a lot to be optimistic about.

Chelsea should have had more. Particularly in the first-half, the chances they were able to forge was nothing short of remarkable. If anything last night showed Chelsea are quite easily able to create opportunities against some of the most formidable defences in Europe. The only trouble they have right now is burying them.

It was the first time the two clubs met since 1998 and even amid the intrusive rain, Chelsea performed with a solid identity and plan that’s evaded them on occasion this season. N’Golo Kanté, despite losing possession too often, was pretty much everywhere he could be and then some: the Frenchman has been granted a new lease of new life, with Tuchel asking him to push further and even attempt take-ons, of which he did and completed last night the six times, once more than the entire Real Madrid side during the contest.

It’s mouthwatering to think what Kante could do if last night’s performance marked him around a ‘seven’ at best, that his full-throttle is likely unplayable.

Other players, too, have started to become unlocked in Tuchel’s reign, as was shown at Real’s temporary stadium. The suggestion that Christian Pulisic, who became the youngest players ever to score in a Champions League semifinal, could reach Eden Hazard’s ability was brushed off quite bluntly by Jamie Carragher post-game analysis (probably more of a compliment to Hazard’s time at Chelsea more than a slight on Pulisic), but in his pockets of brilliance, in particular, the composure he had in bagging that opening goal, there does strike some resemblance of the Belgian when he was at the Bridge and therefore a reason to be excited about his future.

Timo Werner, rated 6.8 on WhoScored, has only 11 goals in 45 games in his inaugural campaign, with a xG of 15.69, and has a conversion rate of just 11.33%, shooting 2.7 times per-90. Those 34 goals in all competitions last season is what they’re holding out for, but with the fresh manager now in the dugout for three months, still nothing has changed for Werner and he’s running out of time for some. Those chances missed could sorely bite Chelsea in the forthcoming game and you just wonder whether Tuchel will have a mind on bringing in Tammy Abraham and Olivier Giroud in the future over the German.

You would hope the striker is able to rekindle some of the form he’s shown in front of goal throughout the season – only instead of displaying sporadic moments of brilliance, put together consistent performances for the Blues and be their biggest asset. It’s such a huge role to play and so many prospects could come in to take his place. Harshly or not, there was the sentiment that had Karim Benzema been leading the front of the away side, Chelsea might have ended the night with return leg being a matter of not capitulating.

But if the only problem is down to the goalscorer not doing his job, and if the 3-4-3 is working wonders for the Blues and their operating with guile both at the back and in attack, it’s just a matter of time when things will entirely click.

Frank Lampard lamented the chances Chelsea failed to score when he was the manager but individual mistakes at the back ultimately saw him fired from his beloved club. Tuchel, meanwhile, has provided an improved defensive structure: Chelsea have let in just ten goals since he took over 22 games ago – that’s letting in just 0.45 per game on average; and half of those goals came during their 5-2 defeat to West Brom; in fact last night at the 6,000-seater Estadio Alfredo Di Stefano, Real just hit one shot on target. Only PSG in 2019 registered a lower total in the competition – and that was once again under Tuchel. It’s a record last broken in 2003.

Roman Abramovich reportedly has rekindled his joy of the club and wishes to get them back to silverware: but he must be prepared to allow a nurturing of this young side, to allow Tuchel the space to even fail at times – something which will no doubt happen given the number of growth prospects in their ranks (their side is the fifth-youngest in the Premier League) who need time to bed in. When their potential is fully realised and they’ve become accustomed to Tuchel’s system, with everything in the right direction, they’re going to be one of Europe’s biggest threats. But that might acquire another centre-forward.