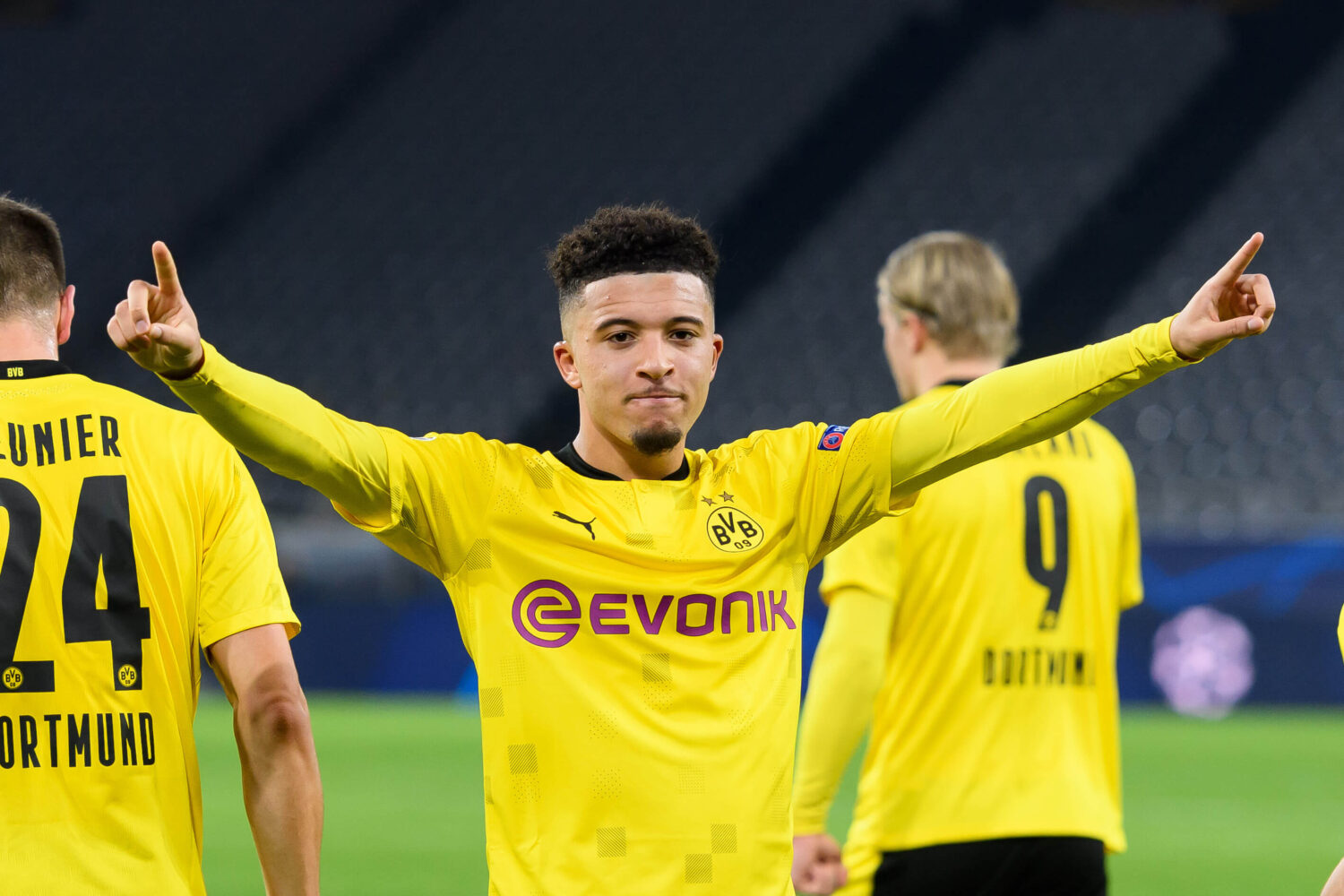 Jadon Sancho is again said to be of interest to Manchester United this summer, with the 21-year-old reportedly available for £100 million.

United wanted to sign the winger last summer, but were not willing to meet Borussia Dortmund‘s asking price.

A report in The Times suggests that a move to United has “edged closer”.

Sancho has been the club’s number one target for this window, but should the move not go ahead as planned, United will surely still see reinforcing the right wing position as a priority.

If Sancho doesn’t sign for the club this summer, who could United opt for instead?

Raphinha has been in outstanding form since joining Leeds United from French side Rennes last summer, scoring six goals and providing nine assists in his debut season in English football.

The 24-year-old has an abundance of pace, is excellent with the ball at his feet and isn’t afraid to take on defenders.

He has also been credited for his work rate, whilst his ability to cut inside from either wing would certainly suit United’s style.

Liverpool are reportedly interested in signing the winger. He would also no doubt be an excellent fit for United, were he to leave Leeds.

Signing Achraf Hakimi would perhaps solve two problems at once for United.

The 22-year-old Morocco international has starred for Inter Milan this season, mainly in a wing-back role. He has scored seven goals in 37 Serie A appearances.

He can also play further forward, although would be a more defensively-minded option than Sancho.

His signing would give United several options. The first would be the ability to play a back three, with Hakimi operating as one of the two wing-backs.

He could also operate as a rotation option alongside Aaron Wan Bissaka at right back. Wan-Bissaka has played 69 Premier League games out of 76 since moving to Old Trafford. United’s interest in Kieran Trippier suggests they are exploring some competition for that position.

Ousmane Dembele is a player that has been sporadically linked with United over recent seasons.

The Frenchman joined Barcelona in the summer of 2017, and has scored 18 LaLiga goals over four seasons at the club.

That number would have no doubt been higher had it not been for the number of injuries that Dembele has suffered.

At full fitness, Dembele is one of the most exciting wingers in world football, and can destroy defences. However, he has featured in 20 or more games in only half of his campaigns with Barca.

What would encourage United on that front is that he made 30 appearances last season for Ronald Koeman’s side, recapturing some of his best form and scoring six goals.

And Mundo Deportivo in Spain have claimed that talks have slowed down over a new contract for the Frenchman, with his current deal expiring in 2022. Could United step in?