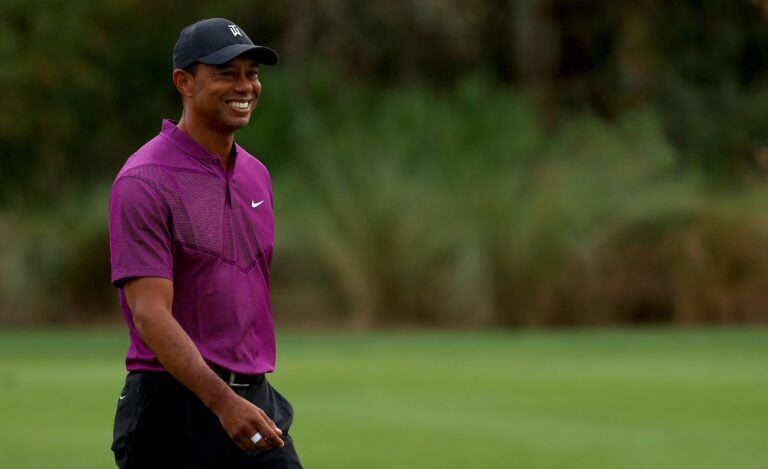 Golfing icon Tiger Woods has shared a positive update as he recovers from a horror leg injury suffered in a car accident back in February.

After the accident in Los Angeles, the 15-time major winner had to be extracted from the car with what was described as “significant orthopaedic injuries”.

It was later confirmed that he had suffered open fractures to both his tibia and fibula bones in his right leg.

Woods has since been in recovery, and the hope is that he can potentially return to golf in the future. He told Golf Digest back in May that the rehab has been “more painful than anything I have ever experienced”.

Updates on Woods’ recovery have been relatively sparse since the crash occurred. But he has posted a video on social media that is sure to hand the golf community a significant boost.

Posting to his Twitter account, Tiger Woods showed himself swinging the golf club on the course for the first time since his leg injury.

Woods’s famous backswing is on show as he can be seen driving the ball straight down the fairway.

It may be a while before we can start thinking about watching the 45-year-old play professional golf again, but these signs are certainly encouraging.

And he’s already received plenty of support from within the game. Former world number two Phil Mickelson, who regularly competed with Woods for majors during the 2000s, had his say on Twitter after seeing the clip.

“I know he can’t stand me holding a single record so I’m guessing HE wants to be the oldest to ever win a major. I’ll just say this. BRING IT!”

The record Mickelson is referring to is his own status as golf’s oldest-ever major winner. He secured the PGA Championship title at the age of 50 earlier this year.

Woods may not be looking that far ahead right now, but we can only imagine the incredible reception the golfing legend will receive if he can successfully make it back to the sport.