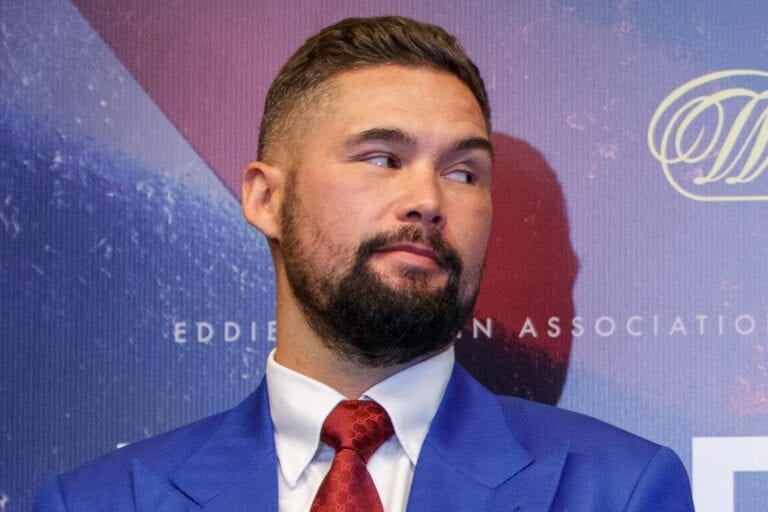 Bellew, who retired back in 2018, has been there and done it all in this game. From dramatic comeback wins to devastating defeats, he knows the highs and lows of boxing.

One man who is in the midst of an almighty low is the aforementioned Wilder. The ‘Bronze Bomber’ lost his WBC heavyweight title and his unbeaten record last February when he was beaten by Tyson Fury via TKO.

“He was out of control”

Now, with the focus on Fury vs Joshua, Bellew has taken the time to analyse that Wilder rematch.

“There’s telegraphing punches and then there’s skimming the lights above the ring – that’s what Deontay Wilder was doing.

“His punches were that wild and that crude. He was out of control.”

?ON THIS DAY: Bellew crushes Brudov?

Bellew was speaking to talkSPORT when he also predicted that Anthony Joshua will beat Tyson Fury.

“He may have crazy power and he might be the biggest punching heavyweight since Mike Tyson, but he has no class and he has no skillset to match that power.

“So it’s like a bull in a china shop. He doesn’t know what he’s doing.

“He can’t set his attacks up, his jab was just useless in the fight, he didn’t know what to do.

“Even when he had Tyson Fury down and out [in their first bout] he couldn’t finish him.”

It’s widely agreed that Wilder is up there with the hardest hitting fighters of all-time, though his lack of technical ability has often been criticised.

The big question is going to be what happens next in the American’s career. He hasn’t fought since that Fury loss and outside of trilogy talks, he doesn’t seem to be in any rush to get back in there.