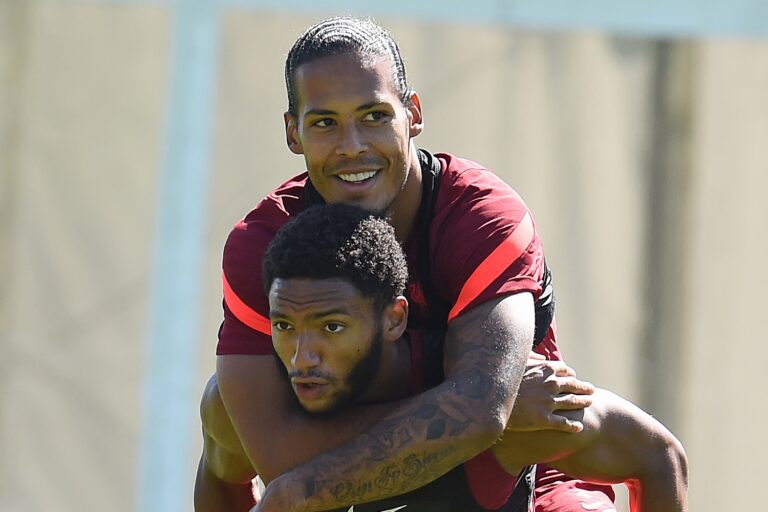 For almost a year now Liverpool have been without star defenders Virgil van Dijk and Joe Gomez. Both men went down injured last season and, as a result, the Reds were left pretty vulnerable at the back.

Jurgen Klopp’s men went on to lose their Premier League crown to Manchester City and while that wasn’t the only reason why things went wrong, it definitely impacted their defensive structure and ensured a long period of uncertainty within the first team squad.

The return of the centre-backs

The red half of Merseyside was pretty happy to see Virgil miss out on Euro 2020 in the name of gaining fitness prior to the new Premier League season. Gomez, meanwhile, hasn’t been out for quite as long, but still wants to prove to the fanbase that he has what it takes to slot back into the starting XI.

Liverpool went up against Hertha Berlin last night in a pre-season friendly and while they did come out on the wrong end of a 4-3 loss, the real headline was the double substitution of van Dijk and Gomez.

If this isn’t happiness then we don’t know what is.

The club are going to come into this new campaign with more momentum than they had last time around but they can’t just expect to walk back into the title picture. Manchester City, Chelsea and Manchester United are all going to be there or thereabouts and Klopp will be well aware of how important it’s going to be for them to get off to a positive start.

Virgil and Gomez will both hope to play a starring role when Liverpool’s Premier League charge begins against Norwich City at Carrow Road on August 14.