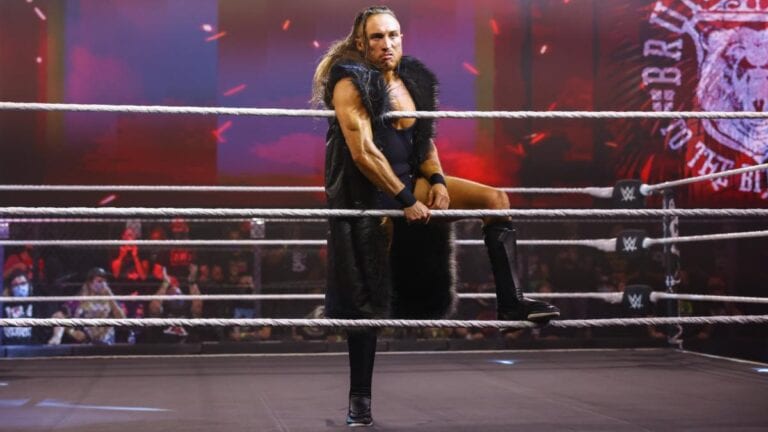 Triple H and Shawn Michaels have paid tribute to the “incredible mind” of Pete Dunne as a producer in NXT..

Inside The Ropes’ Gary Cassidy asked Triple H and Shawn Michaels on the post-TakeOver media call about Pete Dunne’s role as a producer in NXT UK, whether that’s continued in NXT, and if any other current NXT stars have been working as producers.

Triple H paid tribute to Pete Dunne, who had been producing in NXT UK as far back as late 2019, calling The Bruiserweight a “sponge” who digs into every aspect of the business, saying he has an “incredible mind” for it.

“Yeah, so it’s a funny thing in that backstage production work is not necessarily for everybody, right? There are certain people… I don’t know. It’s something, for me, that when I first started and I was always fascinated with that other side of it, I think there are certain people that gravitate towards that and then there are certain people that have zero interest in that whatsoever. For me, the ones that have interest in it, like Pete, he’s just a sponge. He will dig into every single aspect of this business and engage in it in every single way you allow him to. Like, he’s just incredible and to be honest, especially at such young age, has an incredible mind for it.”

Shawn Michaels would note how they give anyone who wants to try a go at it, as it can only help them in the ring.

“We’ve had a number of guys who have just asked and the people who show interest in it – yeah, we give it a whirl if they want to listen on the headsets and it does, it helps them. Every one of those comments that it gives them a little bit of a better understanding from a performance standpoint of how they can accentuate everything that it is that they’re doing.”

The Heartbreak Kid said Pete Dunne did a “phenomenal job” when given the opportunity.

“Clearly, when we were in the UK, Pete was one of the people have shown interest in that. Lately WALTER has as well and we’re always more than happy to certainly give them the opportunity to to do that. And of course, Pete did a phenomenal job and then, of course, we were beginning to transition him over here. So you aren’t going to use him on TV as much over there but, while the wait was happening, we utilised him as much as we could and we’ll continue to do that with with the people that show interest in that respect.”

One night previous, Triple H told Gary Cassidy how Raquel Gonzalez has “capitalised” on every minute she’s been given to establish herself in NXT, and become the new Women’s Champion, while paying tribute to former champion Io Shirai, with Shawn Michaels calling her the “best in the world” on a post-TakeOver media call.

NXT airs next Tuesday live via USA Network in the US and BT Sport in the UK. Full results from Night 1 of TakeOver: Stand & Deliver are available here and Night 2 results are here.