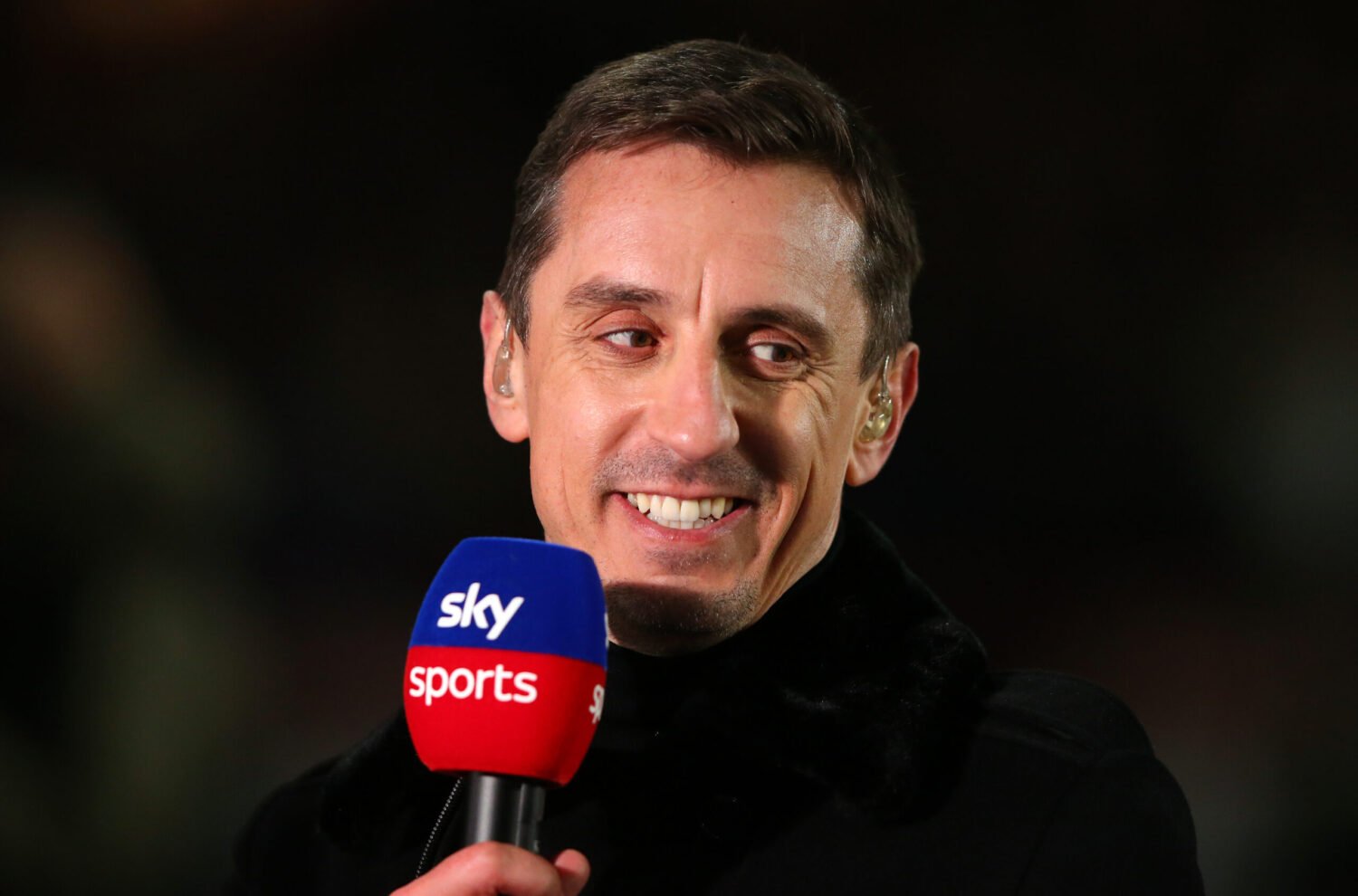 Since hanging up his boots, Gary Neville has gone on to build a reputation as one of the best pundits and commentators around.

A combination of passion for the game and genuine insight has earned plaudits from fans of all sides. A pretty terrific achievement given he wasn’t exactly one to adhere himself to oppositions in his playing days.

Over the last few years, Neville has even built something of a catchphrase – if you can describe a prolonged “oooo” as a catchphrase.

What stemmed from that iconic, questionable outburst as Fernando Torres rounded Victor Valdes to send Chelsea to the Champions League final in 2012, has remained an ever-present in the former United man’s commentary arsenal.

That sound effect has become so recognised, that one Twitter user has pulled together a quite brilliant thread, ranking some of Neville’s best “ooo”s, and offering detailed feedback on each.

6/10. The length is there, but quite monotone. pic.twitter.com/EfuqNFpjUZ

4/10. Knows he could’ve done better with this one. Tries to recover at the end with a last-ditch volume increase to overshadow Tyler but is unsuccessful. pic.twitter.com/yBdDWgLR0P

9/10. Again, superb use of the gear change. Passion behind this one too. The first of a wonderful hattrick. [1/3] pic.twitter.com/XJEOxTS2ek

7/10. The completion of a very well taken hattrick. Don’t listen to this one with your eyes closed. [3/3] pic.twitter.com/o93vvIqzGo

7.5/10. Started off positively but quickly shifted his attention to the referee unfortunately. pic.twitter.com/QIetTMtEOB

1000/10. Doubt he will ever top this goalgasm from 2012. Still without doubt his best work. pic.twitter.com/wNklGHVrvs

Sure, Peter Drury might have his poetic turn of phrase, and an ability to make the most basic goal sound like a fairytale – but Gary Neville has the “ooo”, and some would say it works equally as well.

Whether it’s fearing the worst after a player has just clipped someone in the box, or pure excitement after a midfielder has hammered one in from 35 years, the length and pitch of the “ooo” can be expertly shifted to capture any situation.