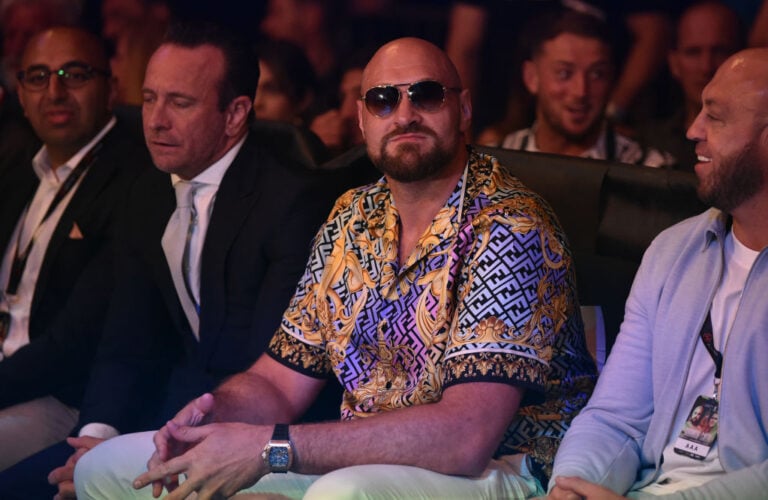 Tyson Fury versus Anthony Joshua is the fight that all boxing fans want to see.

The heavyweight bout has been touted for several years, but nothing concrete has been agreed to date.

Fury is currently retired, but rumours continue to swirl about a future return. The WBC heavyweight champion has said in the past that he would be open to taking on Joshua and he reaffirmed that message on Wednesday.

There have been rumours about Fury’s future since his retirement in April. He announced his intention to step away from the sport after retaining the WBC title against Dillian Whyte.

Bouts against Alexander Usyk and Joshua have been touted, and in May, the 33-year-old maintained that he was retired.

In June, Fury said that he would fight again for £500 million, while another rumour emerged that ‘The Gypsy King’ was due for an imminent return. For years, Fury has not announced any intention to end his retirement. That has now changed.

On Wednesday, Fury said that he would be open to taking on Joshua, but under certain conditions.

“The fight has got to be for free,” he said. “Free-to-air on television and all tickets go for free. No money is being made off this British, historic fight if it happens.”

He added: “There’s the terms, I’m in the driving seat. Take it or effing leave it.”

Before he has an opportunity to step into the ring with Fury, Joshua has to overcome Usyk in Saudi Arabia.

The Brit is looking to regain his WBA, WBO, IBF and IBO world titles in Jeddah on 20 August. This is a rematch of the duo’s first bout, after Joshua lost to the Ukrainian in September 2021.

The fans want this fight so it is in the interests of the promoters to make it happen.

However, money is the name of the game. If Joshua agrees to a free-to-air match, promoters will lose out on a lot of money.

If it ever does happen, it would be one of the biggest clashes in boxing history.