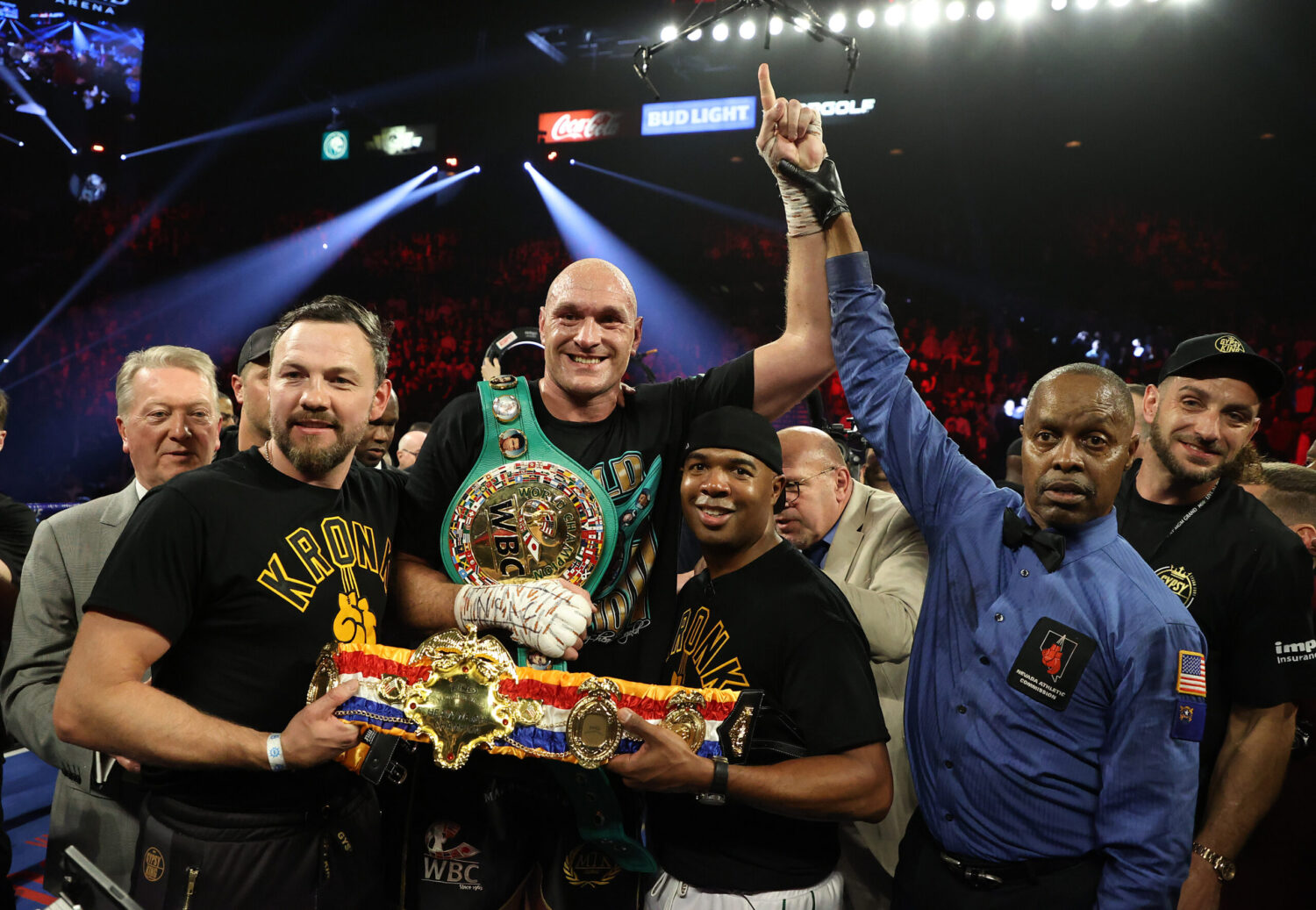 Tyson Fury’s comeback is undeniably one of the most inspiring stories in recent sporting history.

The Gypsy King’s struggles during his time away from the ring were well-documented and on more than one occasion, it didn’t seem like there would be a way back, at least not to the top level.

Fury’s journey back was completed at the beginning of this year, when he put on a boxing masterclass to win his rematch with Deontay Wilder, widely regarded as one of the most dangerous fighters the sport has seen.

Speaking to TalkSport, the two-time heavyweight world champion has shed light on the exact moment he knew he would make his return to the ring.

“I was embarrassed of the way I looked. I was drinking this beer through my mask, I had this moment, an epiphany, a moment of sanity. I looked round me and all I could see was young people going to university and starting their lives off.”

“I was embarrassed. I was around young people going to uni – I had an epiphany.”@Tyson_Fury tells the story of the exact moment he knew he’d return to boxing. pic.twitter.com/1ggIR6f9Tw

“I thought to myself, you know what, I’ve been a world heavyweight champion, I’m in the middle of my career, these are all starting their careers, what am I doing here? I need to get back, I need to get back fit again.

“That little moment, I had a moment of sanity. I left the bar, went home, went upstairs, I remember being on my knees in the bedroom, on my knees praying to god for help. I didn’t know what to do, I was crying my eyes out.

“For the first time in two years, I really knew I was going to make a comeback

“I got up the next morning, put my sweatsuit on and started training, and I haven’t stopped training from that day to now.”

While we’re yet to lean who Fury will face-off with next, Eddie Hearn has suggested the anticipated showdown between him and Anthony Joshua is on the cards for next year.