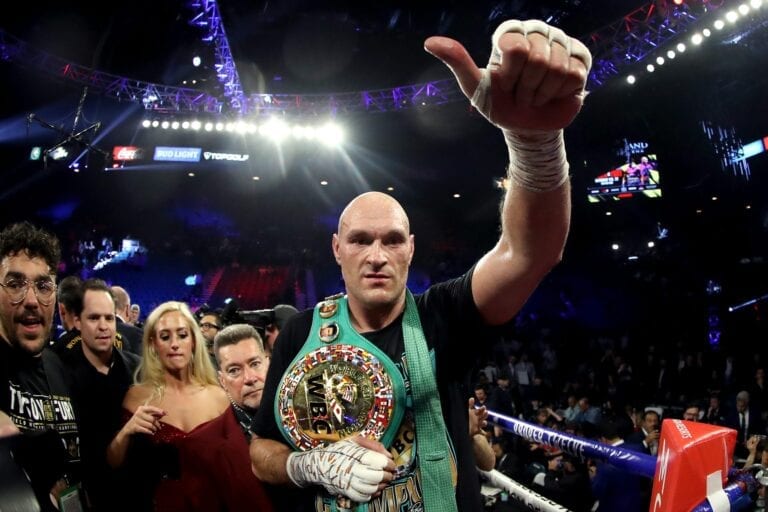 Tyson Fury has said that he is “pretty confident” that his fight against Anthony Joshua will be be formally confirmed “in the next few days”.

It was reported last month by ESPN that a two-fight deal had been signed between the pair, although a date and location had yet to be announced.

Eddie Hearn told talkSPORT the same month that he would like the first fight to take place in “June/July”, with “seven or eight” venues having already offered to host the highly-anticipated bout.

At the time of writing, however, fans are still waiting on the fight details to be officially announced.

Speaking to Michelle Joy Phelps of Behind the Gloves, Fury says he is “pretty confident” that the Joshua fight will be made within the next few days.

“I’m pretty confident this fight is going to get made in the next few days because, from what I have heard, there are some big players involved and some big offers come in from very rich people and very rich countries.

“So I am sure that they are going to be good offers.

“I’m very excited to finally get this fight and make it happen. I know that he wants the fight and I want the fight.

“We are just going to get it on and give each other a good hiding.

“This is the biggest sporting moment, I believe, in my generation.”