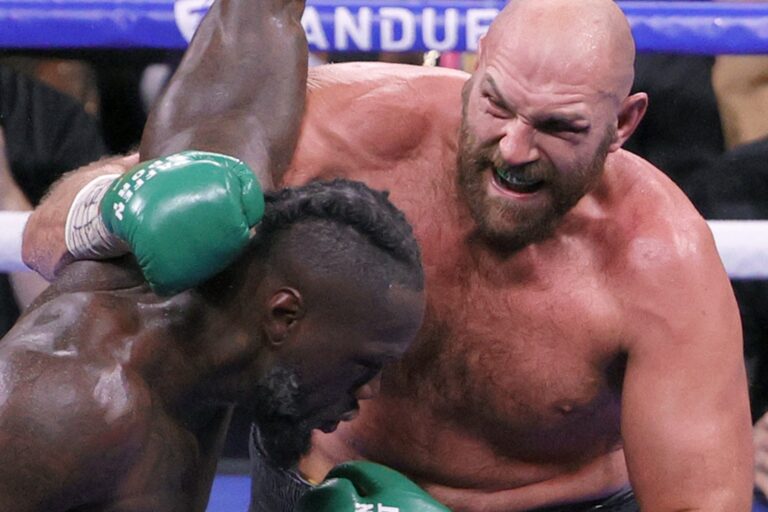 Tyson Fury has taken the time to highlight his insane mental and physical transformation after beating Deontay Wilder on Saturday night.

Just a few short years ago many fans and pundits were left to wonder whether or not Tyson Fury would ever fight again. A few months removed from his upset win over Wladimir Klitschko, Fury showed up to the press conference for the rematch and was in noticeably poor shape. While he made a joke out of his figure, “The Gypsy King” proceeded to go on a downward spiral that left him on the verge of suicide due to the mental health issues he was suffering from.

Now, in the present day, he’s the lineal heavyweight champion of the world after a truly epic trilogy against the aforementioned Wilder.

Fury won two of the three contests with the first being a contentious draw and in order to provide inspiration for others out there who may be struggling, Fury decided to post a Monday motivation picture that proves just how far he’s come.

? @Tyson_Fury feels sorry for whoever faces off against him as he already knows the outcome. pic.twitter.com/CVUVGP6fYw

Tyson Fury – the man, the myth, the legend

Fury wanted to overcome the demons that had seemingly consumed him and in the end, that’s exactly what he did with the sort of dedication, commitment and ability that we all strive to possess.

The focus looks set to shift towards who he’ll battle next but for the time being, many fans will rightly choose to sit back and bask in the glory of what the 33-year-old has been able to accomplish.

He may not have the best physique but in the eyes of the masses he’s known as the baddest man on the planet.