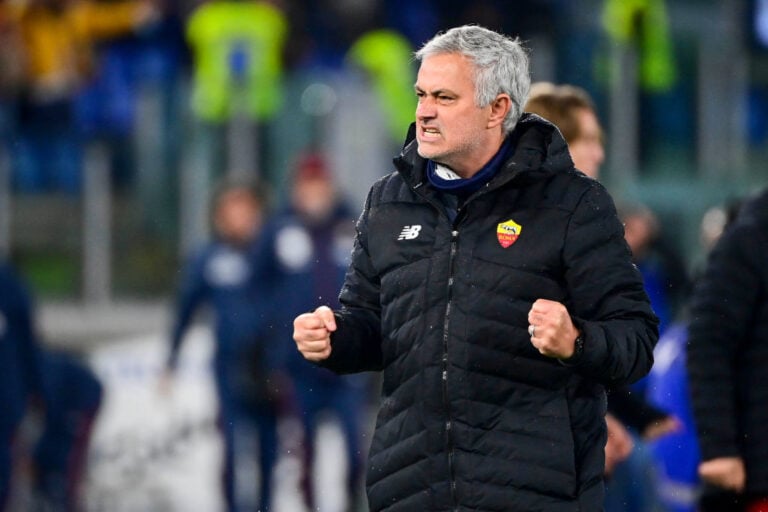 Feyenoord and Roma will battle to claim the inaugural Europa Conference League crown. Here is everything you need to know about the match, including the UEFA Conference final UK start time, how to watch it, and more.

Two historic European sides face off in the showpiece game of UEFA’s latest club competition. Dutch side Feyenoord will hope to create history as the first team to win all three current European club competitions. The Rotterdam side won the European Cup in 1970 and have two UEFA Cups from 1974 and 2002.

In contrast, a win for Roma would be their first European trophy in 61 years. Similar to his opponents, Roma boss Jose Mourinho would be the first manager ever to win the Champions League, Europa League, and Conference League if his side takes the victory. Undoubtedly, the Special One would love to own this historic stat.

But when is the match?

The final is on Wednesday 25th May. The UEFA Conference League final start time for viewers in the UK is 8pm.

How can I watch the game?

BT Sport hold the exclusive rights to European football in the United Kingdom. Therefore, the final is on BT Sport 1 and BT Sport Ultimate.

Their coverage starts half an hour before kick-off, at 7:30pm.

However, there is good news for those without a BT Sport subscription. Like the Europa League final, BT will stream Roma vs Feyenoord live on YouTube, free of charge. Tune in to the broadcaster’s official channel at kick-off time to enjoy the game at no cost.

Where is the final being held?

UEFA’s inaugural Conference League final will take place at the Air Albania Stadium in Tirana. Known locally as the Arena Kombetare, it will host the first European final on Albanian soil.

However, the stadium has not proved to be the most popular choice. With a capacity of just 22,000 seats, it is on the small side for such an occasion. As a result, ticket demand far outweighed the number available. According to BBC Sport, Feyenoord were disappointed with their allocation, which was a measly 4000 tickets.

Both sides have demonstrated their goal-scoring prowess on the way to the final. Feyenoord, boasting the competition’s top scorer in Cyriel Dessers, have scored 28 goals. Meanwhile, Roma, led by Tammy Abraham, have notched 27. Hopefully, this should mean a match with guaranteed action.

Fast-starting Roma may come out of the blocks quickly and try to take an early lead. If successful, it could be challenging for their Dutch opposition to get back in the game. Mourinho’s tremendous experience in finals will also be vital. We think he will maintain his perfect record in European finals, with Roma taking home the trophy.