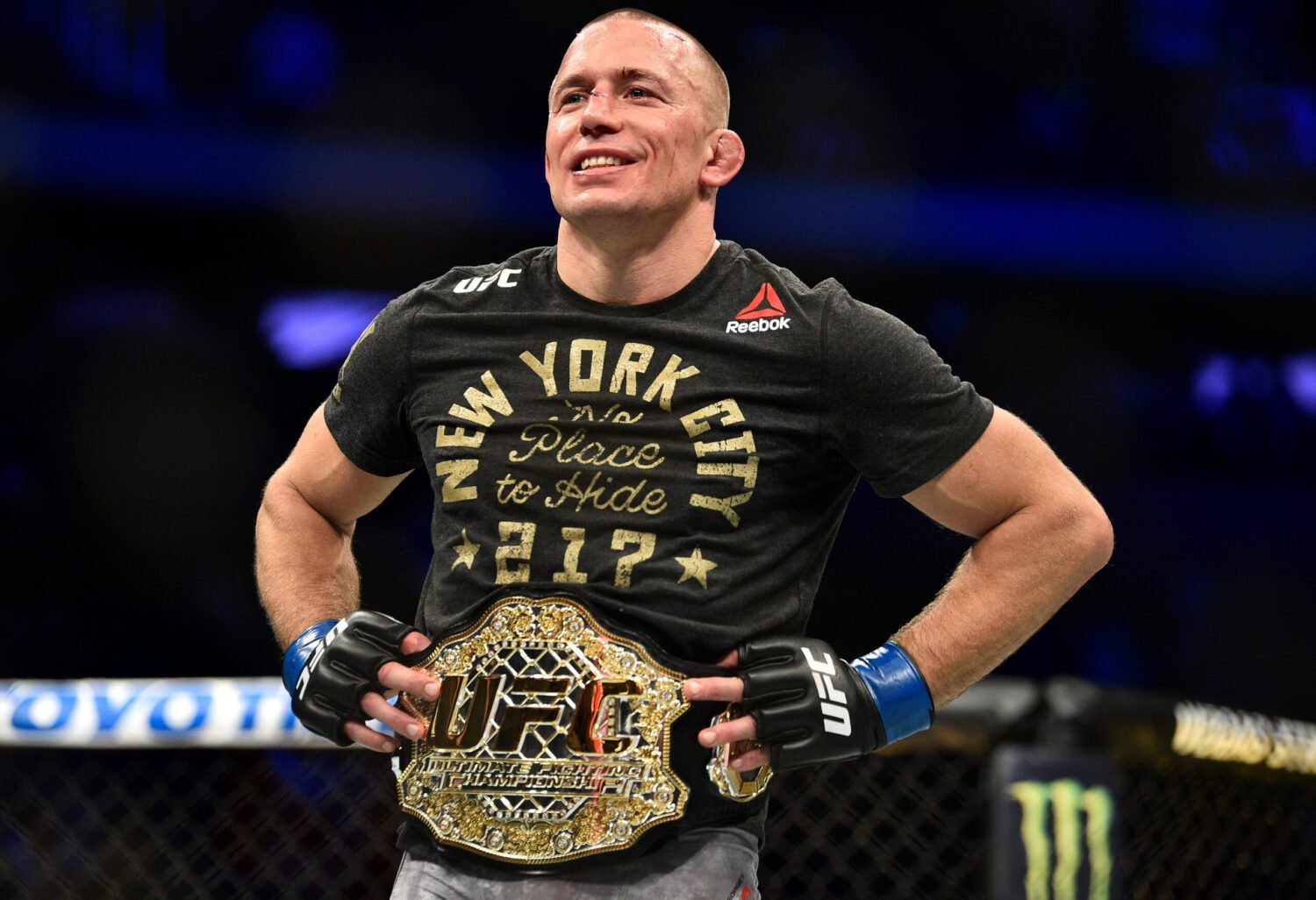 Georges St-Pierre is rumoured to be in talks for what would be one of the biggest super-fights in UFC history.

According to former featherweight title challenger Kenny Florian, GSP is already preparing for a sensational comeback bout with Khabib Nurmagomedov.

The claims came during an episode of the Anik and Florian podcast, citing information from a “well-known coach.”

Kenny Florian said that he heard from a well known coach that Georges St-Pierre is getting ready for a fight with Khabib. pic.twitter.com/ZJIz5qKt0U

“And for me, I think the only fight that Khabib Nurmagomedov would come back for would be against a legend of that kind of stature, a guy who did many of the similar things that he did, and you can kind of build it as a fight between two of the biggest takedown monsters in UFC,”

A matchup between both men has been on the bucket list of UFC fans for some time, though as time passes, it gets less and less likely to ever actually materialise.

Despite Florian’s comments, Nurmagomedov’s manager was quick to shut down the latest round of rumours on Twitter.

St-Pierre hasn’t fought since he defeated Michael Bisping in 2017, while Khabib announced his retirement from the sport after beating Justin Gaethje last October.

The Russian had suggested he could be tempted back to the octagon if the division was enticing enough. However, speaking after Dustin Poirier’s victory over Conor McGregor, Dana White didn’t sound hopeful of that happening.

With that being said, would a mega-fight with GSP be the only thing that could tempt the unbeaten lightweight champion out of retirement?