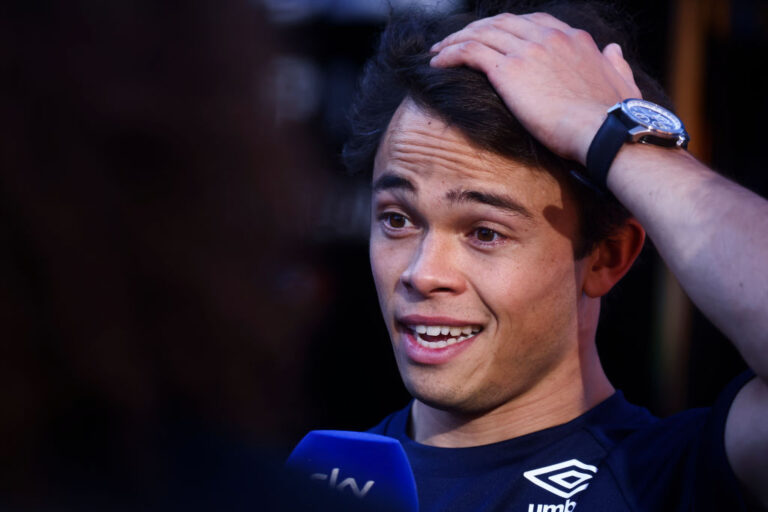 Operating as the Mercedes reserve driver this season, De Vries actually started the weekend at Monza with Aston Martin. In FP1, the Dutchman set the 19th fastest time, completing 22 laps.

However, he did not expect to be continuing his race weekend until Williams drafted him in as a replacement. Unfortunately, Alex Albon had to miss the Grand Prix and qualifying due to appendicitis.

As a result, Nyck de Vries geared up to make his F1 debut for the British team. In the final practice session, De Vries showed promise with the fourteenth quickest lap. The Dutchman continued his good form into qualifying.

With a slippery car, Williams hoped to show some pace on the high-speed Monza circuit. They therefore would have been thrilled to see that De Vries managed to get their car into Q2, out-qualifying teammate Latifi in the process.

Unfortunately, the Dutchman was unable to reach Q3, finishing qualifying in P13. But thanks to grid penalties ahead of him, Nyck de Vries started his first F1 race from eighth, alongside reigning Drivers’ Champion, Max Verstappen.

In the race, the debutant showed good pace and a cool head as he negotiated VSCs and a late brake issue. Ultimately, De Vries managed to deliver points in his first-ever race, coming home in P9 as the Italian GP finished under the safety car.

When the Dutchman reached parc ferme, though, the physical toll of his effort finally hit home.

After racing on such short notice, the Dutchman was not quite prepared for the physicality of a 50-plus lap race. So, when he returned to the pits, De Vries asked if he could get some help in order to get out of his car. Cockpit cam footage captured his exit efforts.

“Am I alone in parc ferme?” he asked. “I can literally not even lift my arms anymore.”

Still stuck in his car, AlphaTauri’s Pierre Gasly came over to congratulate the stranded Williams driver. Shortly after, a pair of Williams mechanics were on hand to pull the Dutchman out from the car.

Once he had recovered, De Vries spoke to the media to reflect on his impressive debut.

“Any time you’re in the car you’re expected to do a good job,” said De Vries, via Motorsport.com. “And any time you get a chance to drive a Formula 1 car it is a kind of job interview and an audition.

“You’ve got to take those opportunities, but you’ve also got to use them sensibly. Because there’s always a trade-off of doing too much and too little.

“But I am just grateful that it worked out well and played into our hands,” continued the Dutchman. “We took some points, and it was a great performance. And no one can take that away from us.”

The result certainly leaves Nyck de Vries in a solid spot with regards to securing an F1 drive in 2023. However, the Mercedes test driver did not get too far ahead of himself.

“Ultimately, it’s not up to me to decide whether I should have a seat or not,” he told Formula 1.com. “Of course, I can only do my job.

“We live in a competitive industry. So, you are as good as your last race, and you are always expected to perform. Luckily, I did that this weekend and I grabbed this opportunity with both hands.”