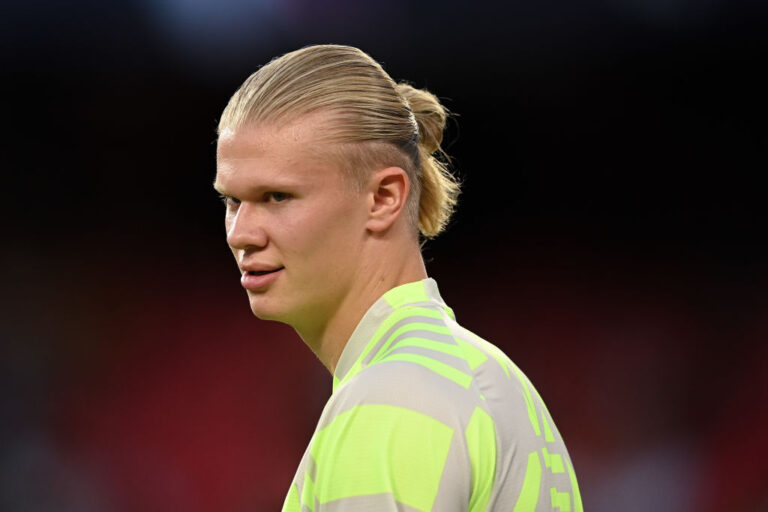 Erling Haaland gave a sharp response to a Man United fan when told he had ‘gone to the wrong side of Manchester’.

Since his rise to prominence at Salzburg and Borussia Dortmund, the Norwegian has proved himself as the most exciting prospect in the sport. With immense power and a frightening eye for goal, Haaland took over the Bundesliga and made himself a target for clubs worldwide.

And on June 13, Manchester City won the race with a bid of £51.2 million. The Norwegian has since proven that to be a steal of a price. Haaland has already scored 12 goals for the club, and doesn’t look like slowing down anytime soon.

His meteoric rise up the football ladder has seen him shatter previously untouchable records. But while it appears his decision to join the Cityzens was the right one, fans of their fierce rivals believe he made a huge mistake.

Before his move to Germany, the 22-year-old represented Red Bull Salzburg, and nearly made the switch to Old Trafford. But alas, Ole Gunnar Solskjaer couldn’t quite convince the rising star to sign on the dotted line.

However, supporters of the club still believe he could make a miraculous U-turn one day, including one who spotted him in the city centre.

While driving in his car, he noticed the towering striker and shouted: “Haaland, you came to the wrong side of Manchester!”

Haaland laughed to himself, before twice saying: “No, they love me here.”

This will have undoubtedly filled City fans’ hearts with joy.

But the fan continued his pursuit, screaming: “Come to us next season, United.”

The footballer raised a smile, to which the supporter responded: “Yeah, you know it, come on!”