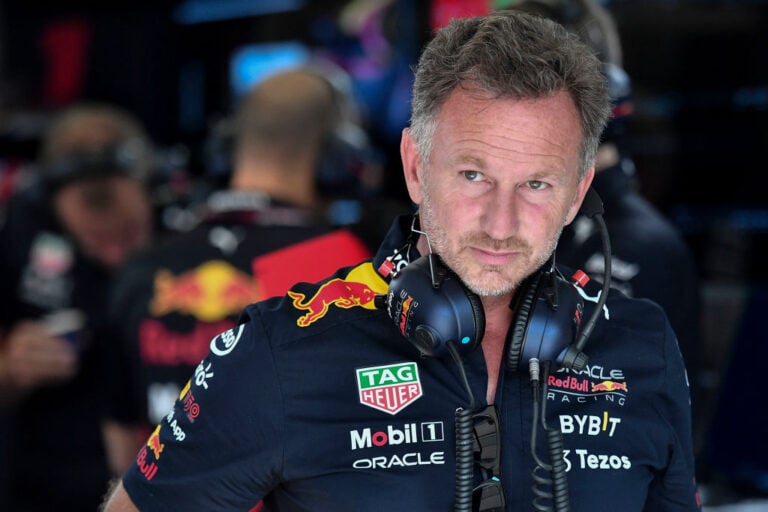 Tributes have poured in from around the sports world paying respects to Her Majesty, who passed away on Thursday at the age of 96. F1 was no different, holding a minute’s silence ahead of the Italian Grand Prix at Monza last weekend.

Additionally, a number of teams ran with tributes to The Queen on their livery for the race at Monza. For instance, Mercedes had a black ring around the Halo on their car, while Williams added a patch honouring Her Majesty on their car. A number of teams also wore black armbands throughout the weekend.

Lewis Hamilton paid his respects, too, writing a touching tribute on social media.

Recently, Christian Horner reminisced over one of his past encounters with Britain’s longest-reigning monarch.

Christian Horner reveals The Queen asked him about Multi 21

Speaking to Sky Sports F1, Horner spoke about an interaction that he had with Her Majesty during a visit to Buckingham Palace.

“She loved her horses obviously, a real passion of hers, and had a competitive spirit,” said the Red Bull boss, via Daily Mail. “But I remember being invited to a lunch at Buckingham Palace by herself and Prince Philip.

“There were very few of us there and she’d obviously been well briefed. And she asked me… we sat down for lunch, and she said, ‘What’s going on with your drivers? Why don’t they get on?’”

The incident that The Queen asked Christian Horner about occurred at the 2013 Malaysian Grand Prix.

During the race at Sepang, Red Bull were cruising to an easy one-two win. The team, therefore, wanted their drivers, Mark Webber and Sebastian Vettel, to hold their positions. Vettel, who was behind Webber, received the order “Multi 21” – which in the Red Bull garage meant “stay in second”.

However, the then-triple World Champion ignored his orders, attacking Webber to try and claim victory. With 13 laps left, Vettel managed to pass his teammate and went on to take the victory.

Unsurprisingly, the ignoring of orders made Webber absolutely furious after the race, making for a frosty podium presentation. Meanwhile, Sebastian Vettel endured a large amount of criticism for his actions.

The controversial events even caught the attention of Her Majesty, who then felt compelled to pick Christian Horner’s brain on the matter.

Horner added his own tribute to The Queen after sharing the brief anecdote.

“She was just the most remarkable person, immediately put you at ease. She had a sense of humour as well. She’ll be sorely, sorely missed.

“It’s just tremendously sad because she’s been the stability for such a long period of time that it’s almost unimaginable to think of her not being there. She’s on every coin, every pound note. It’s just a real shame.”