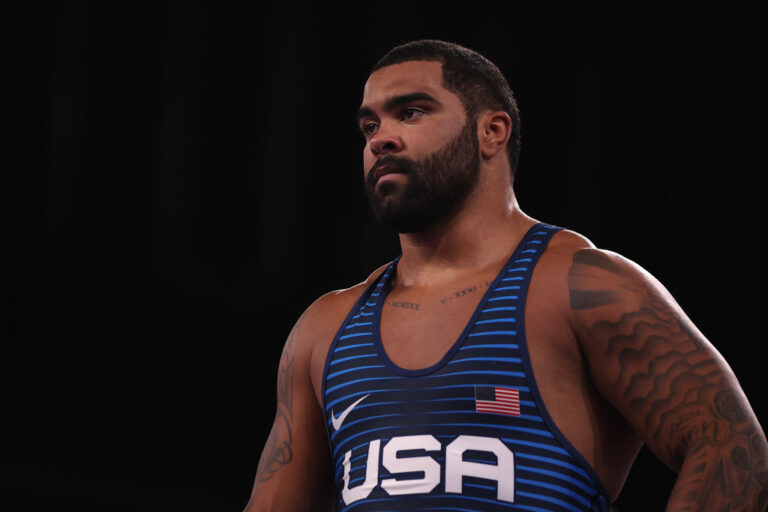 After winning Olympic gold, WWE expected Gable Steveson to head right to the top. But his career progression seemingly hasn’t gone as planned.

The 265-pound powerhouse shot to fame in the summer of 2021, and became the second Olympic champion to sign for the company, after Kurt Angle.

In last year’s draft, he joined the Raw brand. Then, at WrestleMania 38, he performed a Suplex on Chad Gable. However, we haven’t seen much of him since.

Esteemed journalist, Dave Meltzer, recently appeared on Sunday Night’s Main Event TSN Radio show to discuss the biggest news in the world of wrestling and during that talk, he opened up on Steveson.

“He hasn’t debuted and they wanted to debut him at WrestleMania and it didn’t happen,” Meltzer said. “He was supposed to be fast-tracked to main events by now. Like come right out of college and win the NCAAs, which he did. And then go right to WWE top level, and that didn’t happen.”

Melzer proceeded to reveal the promotion’s original plans for the athlete.

WWE wanted Gable Steveson to be the next Brock Lesnar

As per Wrestling News.co, Meltzer said: “This is what I was told originally when they first announced the deal. It was [that] he was gonna be the new Brock Lesnar, and they were going to send coaches to Minnesota [and] get a place in Minneapolis.

“During the wrestling season, they were gonna have him also train as a pro wrestler, which probably wasn’t a good idea to do both at the same time.

“But that was their idea, and that he would do scattered Raw’s over the course of the year. Remember, they drafted him for Raw, and he would make appearances, and they would build it up, and things like that. And then he ended up not making any appearances, and I never heard of them sending trainers to Minneapolis.

“So things changed greatly as the year went on. Then he won the NCAAs again. And then he started training pro wrestling, but it was not in Orlando. As far as what’s gonna happen now is anyone’s guess.”