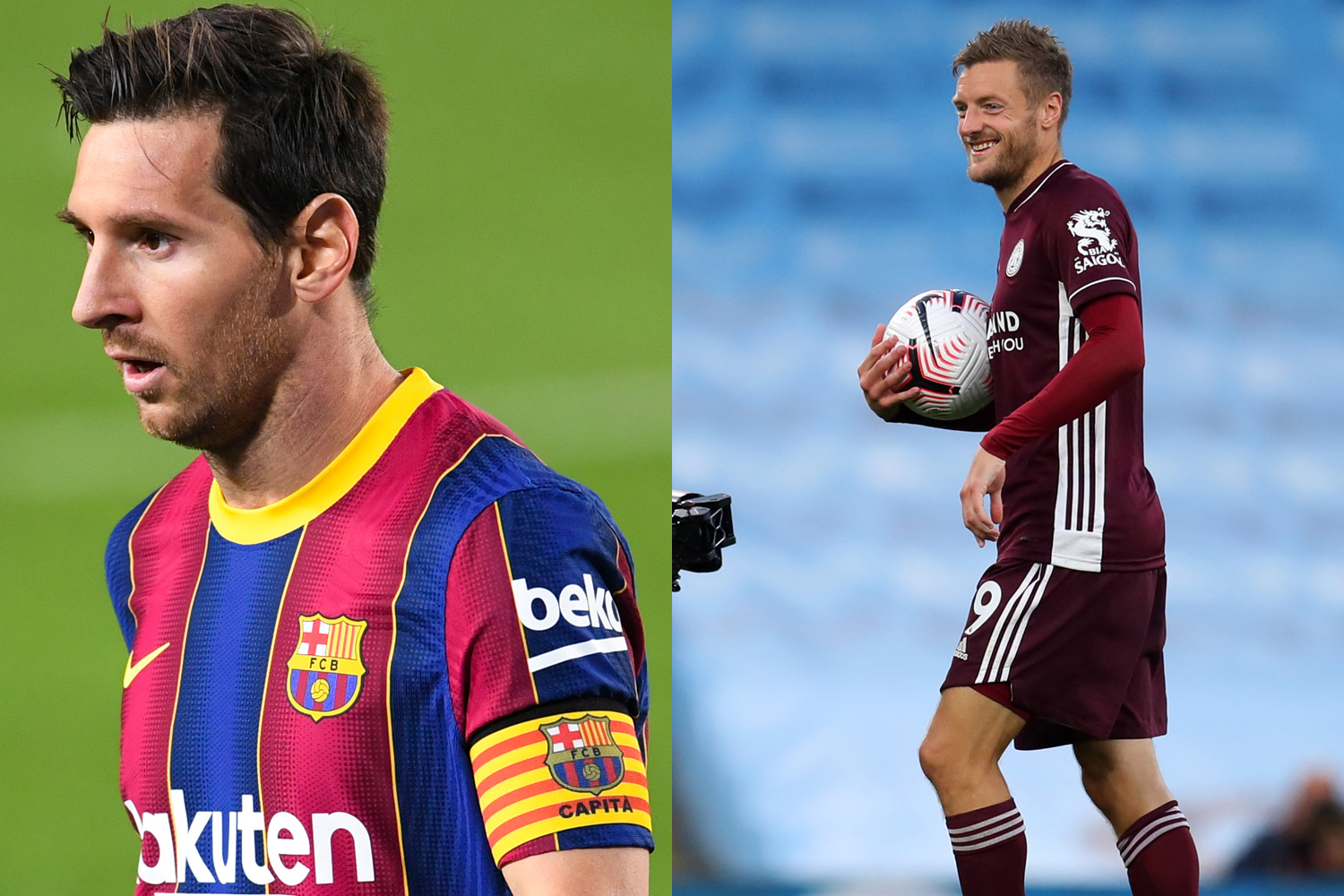 Leicester produced one of the weekend’s shock results as they capitalised on defensive errors and cruised to a 5-2 victory against City.

Jamie Vardy played a key role in the win, bagging himself a hat trick thanks to two penalties and one exquisite near-post flick.

His performance actually took him past Lionel Messi in terms of hat tricks scored against a Pep Guardiola side, becoming the only player two have achieved the feat multiple times against a side managed by Pep.

Vardy will have been left frustrated that he didn’t get the chance to grab a fourth, after his side were awarded a third penalty after he had been subbed off struggling with a groin injury.

He told BBC Sport: “It was a great result. We tweaked it tactically today and knowing when we got the ball and played through their press we would get a few chances and we stuck them all away.

“We just had to keep believing. The main thing was getting the three points and we have done that with a great performance.

“It’s only the start though, we have to keep going and show that consistently.

“It’s only a start. The way we finished last season was not good enough so we have to keep it going now.”