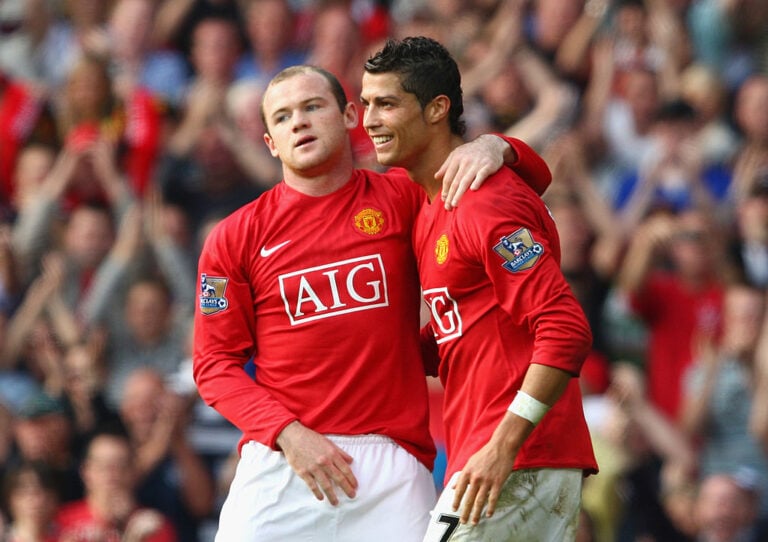 The former England legend light-heartedly revealed some surprising information at a black-tie event in Manchester.

During his playing career, Rooney was one of the best players of his generation. He won numerous titles in his stint at Old Trafford: five Premier Leagues, an FA Cup, the 2008 Champions League, and four League Cups, to name a few. He also finished as Man United’s all-time leading scorer with 253 goals.

However, Rooney’s honest opinions of his former teammates are not as glowing as you might imagine.

As quoted by The Sun, when speaking about Man United’s current number seven, Rooney admitted that Ronaldo used to irritate him.

“Cristiano [Ronaldo] was so good and so f*****g annoying at the same time,” said Rooney. “He is probably not as good now, but he is probably just as annoying.”

The Man United legend also light-heartedly hinted that Ronaldo deceives referees. “He likes diving,” Rooney joked, referring to the 2006 World Cup quarterfinal between England and Portugal. Ronaldo played a role in getting Rooney sent off in the game. Despite this, Rooney held no hard feelings toward the Portuguese international.

“I spoke to him in the tunnel. And I said, ‘I have no issue with you getting me sent off’ because I’d spent the first half trying to get him booked for diving.

“I am English, he is Portuguese. When we’re playing, I don’t give a f**k about him. He is not my mate. But when we have finished, we are mates again.”

Cristiano Ronaldo was not the only player on the receiving end of Wayne Rooney’s brutal insights.

Rooney on his fellow teammates

Man United’s all-time scorer gave his thoughts on Rio Ferdinand. Rooney and the former defender were teammates for both club and country for a large chunk of their careers.

“Rio is a top player; he is just arrogant,” Rooney bluntly admitted.

“I said, ‘Do your job and give me the ball, give Ronaldo the ball. Stop standing there messing about’. Rio is a top lad, but he sometimes did forget he was a defender.”

Then, the former Everton man recalled that Carlos Tevez was a massive let-down for him personally.

“For two years, I loved playing with him [Tevez]. I used to pick him up from his house for Champions League games and drive him to the airport.

“Honestly, I spoke to him for about 30 minutes, and I had no idea what was coming out of his mouth. He is just mumbling. I’m not a great speaker, and I’m thinking, ‘F*****g hell. He is mumbling and nothing, nothing.’ I was devastated; it was the biggest disappointment of my life.”

Rooney’s candid thoughts on his teammates undoubtedly entertained those lucky enough to attend the event. Hopefully, Ronaldo doesn’t mind his comments too much.