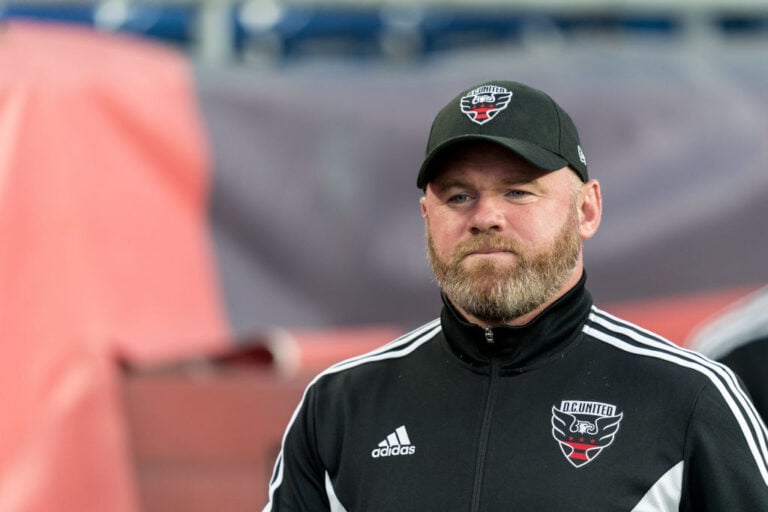 Man United legend Wayne Rooney has branded the current squad at the club as ’emotionless’ ahead of their showdown with Liverpool on Monday – and says that Erik ten Hag should drop Cristiano Ronaldo and Marcus Rashford.

Ten Hag’s side have got off to the worst possible start in this season’s Premier League. That is because they have lost both of their opening two games. The club sits bottom of the top division for the first time since August 1992.

The Red Devils lost 2-1 to Brighton and Hove Albion on the opening weekend. That was before a humiliating 4-0 defeat at Brentford last week.

Ten Hag was furious following the game’s conclusion. He reacted by calling his squad in for an unscheduled day of training on Sunday. In addition, after United ran 13.8km less than their opponents at the Gtech Community Stadium, the Dutchman commanded his players to run the difference in training.

On Monday, United will face one of their toughest assignments of the season – Liverpool, at Old Trafford. With anti-Glazer protests planned before the game, the atmosphere is likely to be emotionally charged, and not in a good way.

Furthermore, fans’ minds will be cast back to last season, when Jurgen Klopp’s side humiliated the Red Devils on their home turf. Liverpool won 5-0, and Mohamed Salah scored a hat-trick.

On current form, it wouldn’t be a major surprise to see a repeat of that scoreline. Therefore, Rooney, who currently manages Major League Soccer side DC United, has urged Ten Hag to act quickly, or potentially face the consequences.

Writing in his weekly column for The Times, the former Red Devils forward thinks that two star players should be dropped for Monday’s clash against Liverpool.

“If I was in Ten Hag’s position, my main concern would be getting energy on the pitch. United’s failure to recruit a number nine means they relied on Ronaldo against Brentford, even though he hadn’t trained a lot with the team. He looked like he needs time to get match fit.

“He has also let it be known that he wants to leave the club. I don’t know his reasons, but, as I wrote in my last column, I’d let him.”

On Rashford, he added: “I think he needs to do a lot of soul-searching and figure out what he wants, for his own good, before anything else.

“Watching him is a real concern: he looks like he wants to be anywhere but on a football pitch. I haven’t seen him smile on the field for a long time. His performances have dipped. He hasn’t been selected by England for more than a year.

“I’m coming from a place of wanting the best for him. He’s a lovely kid and a local lad who came through the ranks at United, who everyone wants to see doing well.”

Meanwhile, Rooney expressed concerns at the attitude of most of the current group of players – although he did single some players out for praise.

“With this group, this has been happening for so long that changing their ways is going to take something drastic,” he began. “They’re emotionless. There is no character, no heart in the team.