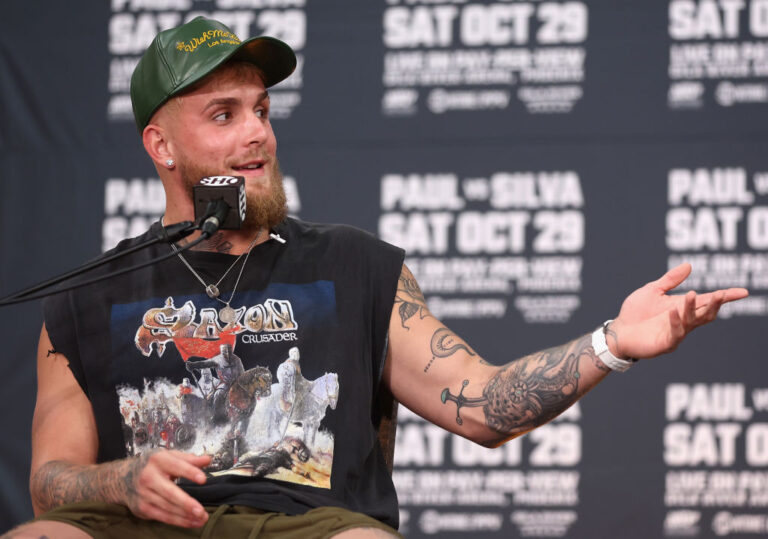 WBC President Mauricio Sulaiman has said that Jake Paul could earn a spot on their world ranking list if he manages to beat UFC legend Anderson Silva in their upcoming boxing match.

YouTube star Paul, who already has a 5-0-0 professional boxing record, will try to add a sixth win to his tally this weekend. Now, thanks to Sulaiman’s comments, he could have an extra incentive.

The World Boxing Council President has promised Jake Paul a spot in the world ranking in the past. However, this was for a different fight – Paul’s cancelled bout with Hasim Rahman Jr.

Sulaiman recalled his previous promise in a chat with FightHype.

“When I made that tweet, my followers blew up! But I got a lot of heat, too,” he said.

When asked if the YouTube star could make the rankings with a win vs Silva, the WBC boss refused to rule out the possibility.

“So, let’s see what happens Saturday. At the convention, the rankings will be addressed. The whole committee will meet. 24 people from all over the World – meeting to come up with the official ratings for November. And we will see. Let’s keep an eye on Jake Paul – if he wins, and what happens.”

Jake Paul currently sits a lowly 695 on Boxrec’s cruiserweight rating list. He will therefore hope to rise up this list by beating his UFC legend opponent this weekend – although the fight was nearly cancelled.

After saying that he got knocked out twice whilst sparring, Anderson Silva threw his fight with Jake Paul into doubt.

This is because Arizona’s athletic commission – the state where the fight will take place – will not let boxers fight with existing head injuries.

As a result, the former UFC fighter released a statement saying that he “misspoke”. Silva also stated point-blank that he was never knocked out while sparring. Despite this, the athletic commission still wanted Silva to have extra medical examinations before greenlighting the match.

Early this morning, the commission cleared the former UFC middleweight champ to fight Paul this weekend, per ESPN. So, they managed to avoid a bout postponement.

But how can you watch the highly anticipated match?

The bout is set to take place at the Desert Diamond Arena in the sunny state of Arizona on Saturday 29 October. Unfortunately for those in the UK, the start time is a late one.

For viewers in Britain, the event’s card starts at 1am on Saturday night/Sunday morning. The main event of Paul vs Silva will then begin at around 4am. Yes, it could be an all-nighter here.

The fight that could earn Jake Paul a world-ranking slot is a pay-per-view event only. Fite TV will be streaming the night’s action for the British audience on Saturday. You can watch via Fite TV, or stream using their app. This PPV will cost you £17.50 for the whole card.

The full card is listed below:

*Card is subject to change.