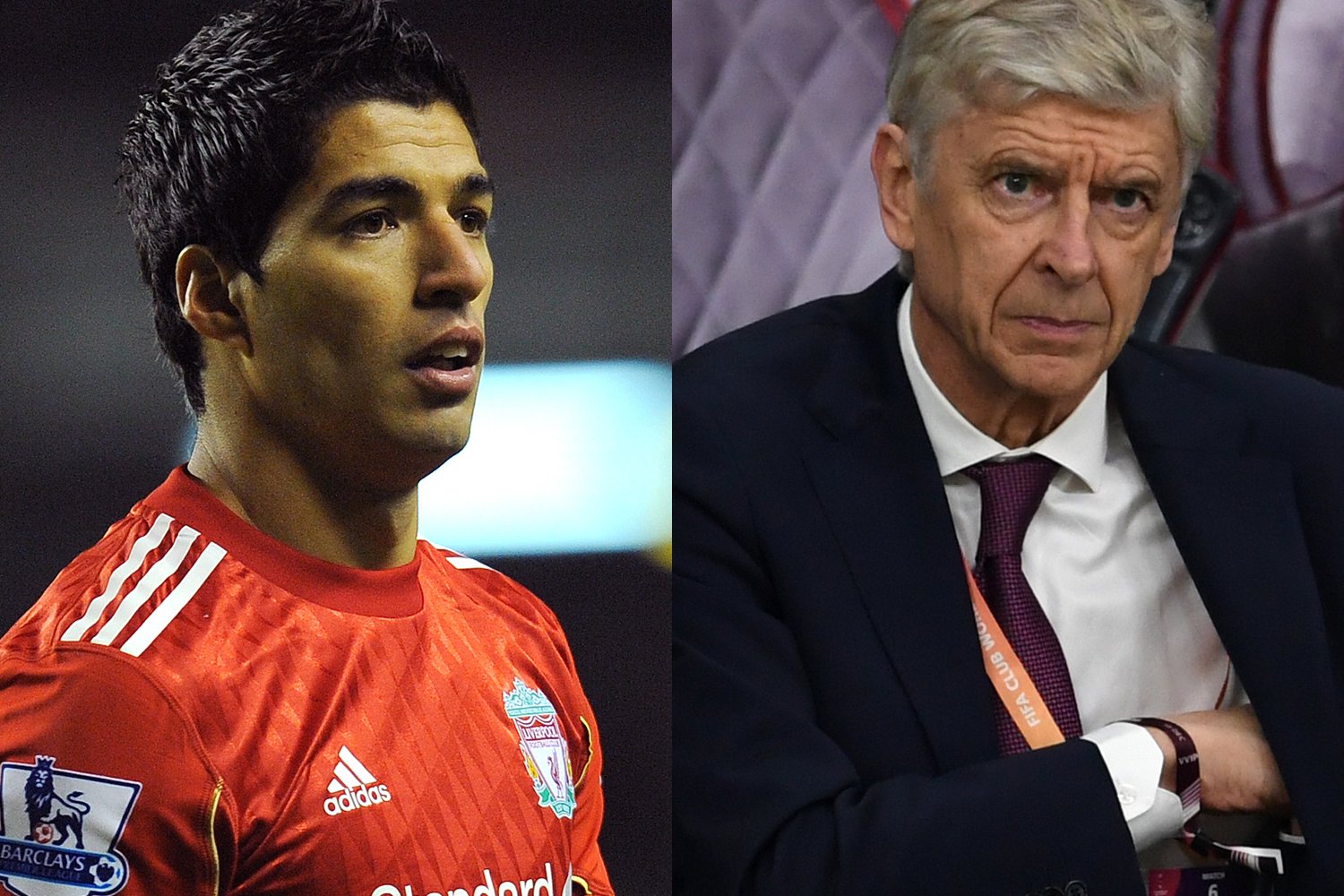 Back in 2013 the footballing world looked on with confusion as Arsenal reportedly tabled an extremely specific bid for Luis Suarez.

At the time Liverpool had just missed out on Champions League football and rumours were circulating around Suarez’ desire to remain at the club.

Then came Arsenal’s infamous bid of £40,000,001, which was intended to trigger an apparent release cause of £40m. That didn’t go down well, with Liverpool owner John W Henry memorably tweeting “what do you think they’re smoking over there at the Emirates” in response.

Now Arsene Wenger has shed some light on what actually went on in his new book, Arsene Wenger: My Life in Red and White, saying that talks between club and player had actually taken place.

“We had an agreement with the player and his agent. But the agent claimed that there was a clause: with an offer above £40million, Liverpool would be obliged to let the player go.

“But thanks to an indiscretion within Liverpool, I found out that his clause never existed.”

“But Liverpool did not want to sell Suarez, they could afford to keep him and there was already an offer from Barca on the horizon.”

Of course it never materialised and Suarez ended up staying at Liverpool, scoring 31 goals in 33 games in the 2013/14 season and narrowly missing out on the Premier League title.

In other Wenger news, we recently learned a brand new documentary film is in the works to cover his iconic invincible period with Arsenal – and it already sounds pretty special.

The film will be produced by Federation Entertainment alongside Noah Media Group, which is behind some of the most popular recent sports documentaries, notably Netflix’s Bobby Robson: More than a Manager, Amazon’s The Edge, and Steve McQueen: The Man & Le Mans.

It will be co-directed by Gabriel Clarke and Christian Jeanpierre, and will feature interviews with some of the key figures from throughout Wenger’s career.