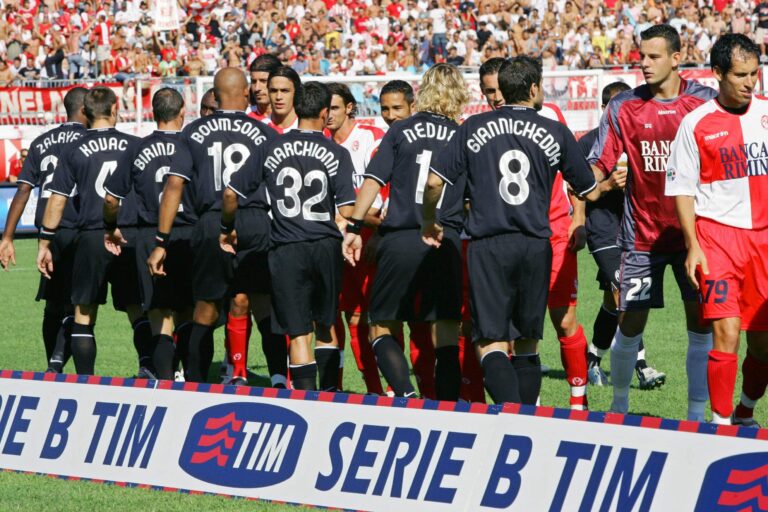 According to reports, Italian giants Juventus could be relegated from Serie A and have their 2019/20 top-flight title removed.

That is because they are under investigation over alleged false accounting by CODACONS. They are the Italian association for the protection of consumer rights.

CODACONS president, Marco Donzelli, told Italian outlet TMW (via Football Italia) that Juve could be relegated to the second tier if found guilty.

Juventus have released their statement on the issue.

It isn’t the first time that Juve received a potential relegation threat.

In 2006, the Calciopoli scandal resulted in relegation from Serie A. Additionally, they had to start Serie B on minus 15 points. Let’s take a look at what happened and how Juve bounced back:

What did Juventus get relegated?

The Calciopoli case occurred in 2006. The scandal would go on to rock Italian football.

Juventus general managers Luciano Moggi and Antonio Giraudo were at the centre of the scandal. Moggi has consistently denied any wrongdoing.

What were the punishments for each side?

Italian football cracked down on those responsible.

Five teams suffered punishments. Juventus, Fiorentina and Lazio were all punished with relegation to Serie B initially. In addition, all five teams involved, including Milan and Reggiana, were given points deductions.

Upon appeal, Fiorentina and Lazio were spared relegation. The former was, however, kicked out of the 2006/07 Champions League. Lazio, meanwhile, were out of the UEFA Cup.

Unlike the others, the original punishment of relegation given to Juve would stand. They were to start the 2006/07 season in Serie B – with a nine-point deduction.

The Italian FA also stripped them of their previous two Serie A titles.

What happened to Juventus?

The Juventus team that started life in Serie B looked much different from the previous season in Serie A.

For a start, former player Didier Deschamps was now the club’s manager. He replaced Fabio Capello.

As expected, several players would go on to depart the club in the wake of the scandal. Those included 2006 World Cup winner Fabio Cannavaro, as well as Patrick Vieira and Zlatan Ibrahimovic.

Did Juventus get promoted?

Yes. Juventus went on to win 28 of their 42 league games, recording 85 points.

Deschamps’ side went up as champions despite the nine-point deduction. They finished six points ahead of second-placed Napoli.

Alessandro del Piero was able to net 20 goals. When Juve returned to Serie A a year later, he fired in 21 goals.

A year after one of the darkest episodes in the club’s history, Juve were at least back in the top flight.

Nonetheless, it would take them another five years until they were back on top of Serie A again. On that occasion, they didn’t lose a single game.

The highlight of the 2011/12 season was an eight-game winning streak between March and April. The side, then managed by Antonio Conte, only conceded one goal in that time. Juve went on to win the next eight Serie A titles between 2013 and 2020.