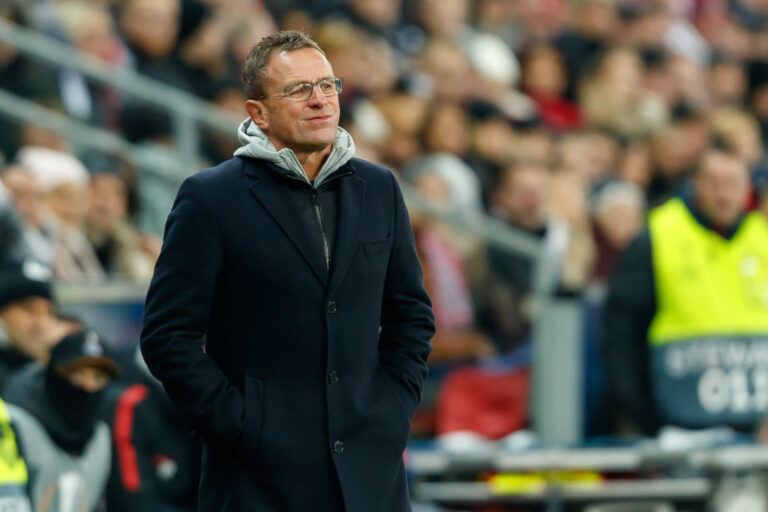 Manchester United confirmed yesterday that Ralf Rangnick would replace Ole Gunnar Solskjaer until the end of the season. Rangnick will be coming up against some familiar faces including, Sadio Mane.

The German arrives at Old Trafford tasked with turning Manchester United’s season around. A worrying run saw the Red Devils register one victory out of seven outings in the Premier League. That awful form resulted in Manchester United slipping to eighth place, twelve points off leaders Chelsea.

Rangnick will be well aware of the familiar faces he will encounter in the Premier League. Jurgen Klopp has already sung the praises of Rangnick. The pair locked horns in the Bundesliga when Klopp was in charge of Mainz and Rangnick was at Schalke.

Chelsea boss Thomas Tuchel is another Rangnick knows well. Rangnick was a mentor to Tuchel, even getting him to quit a job in a bar to take up coaching.

Not all of Rangnick’s acquaintances are on good terms with the German. Some have an awkward relationship with the former Salzburg manager, enter Sadio Mane.

At an IFA Conference in Zurich in 2014, Rangnick spoke of Mane:

“We couldn’t prevent the development with Sadio Mane. He didn’t play, he didn’t turn up the day before we left for Malmo. He didn’t even show up for the training, because he was so desperate to leave the club. Mane was afraid that nobody would come up with the right offer. Therefore, we had to play without him, another two or three were injured, and we lost the second leg 3-0.”

For more context to these comments, Rangnick referred to Mane’s refusal to play for Salzburg in their essential Champions League play-off second leg against Malmo. Mane wanted a fresh challenge, which he duly got in his subsequent transfer to Southampton. However, that was not Mane’s first choice.

The Liverpool forward wanted a move to Borussia Dortmund to play under none other than Jurgen Klopp. Mane, of course, is now playing under Klopp at Liverpool.

Mane and Rangnick’s path to the Premier League

Rangnick’s and Mane’s career paths have seen them end up in the Premier League. The Senegalese international moved from Salzburg to Southampton and then to Liverpool, where he has established himself as one of their most important players. Rangnick’s path to the Premier League has been a bit different.

In 2012 Rangnick became the Director of Football for RB Leipzig and Red Bull Salzburg. The German was also manager of Leipzig over two spells, 2015/16 and 2018/19.

In July 2021, Rangnick signed a three-year contract as manager of sports and development for Lokomotiv Moscow before being pursued by Manchester United.

Rangnick and Mane will reunite on March 19th 2022, as Manchester United travel to Anfield to play Liverpool in what will be a spicy encounter for more than one reason.