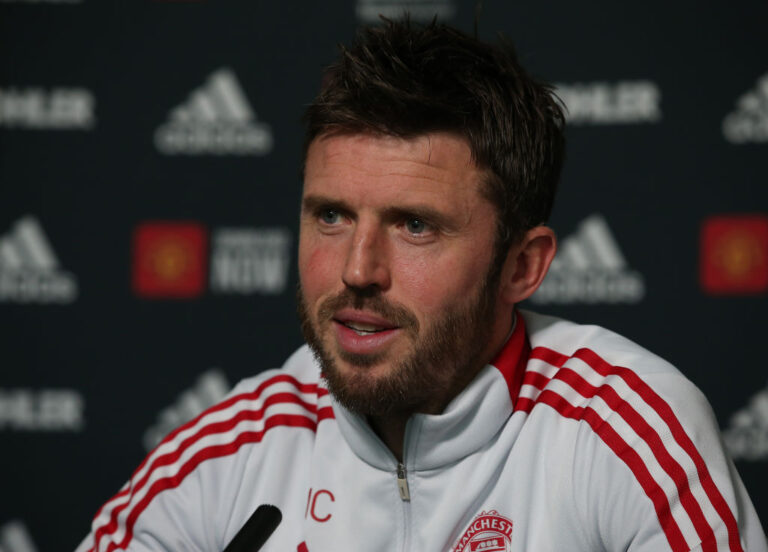 Michael Carrick wraps up his temporary reign as caretaker Manchester United boss when they face Arsenal at Old Trafford on Thursday night. Ralf Rangnick’s work permit has been issued and as a result, he is able to take the reigns at the weekend.

Carrick has a long history of playing against Arsenal that is worth special attention.

Michael Carrick is no stranger to the Gunners, having locked horns with them on numerous occasions in his playing days. During his playing career, Carrick faced Arsenal on 32 occasions, recording 12 wins, nine draws and 11 defeats.

The former midfielder only lost to Arsenal once at Old Trafford. He appeared as a late substitute in September 2006. Arsenal beat Manchester United 0-1 that day.

Carrick wasn’t known for his dribbling ability. However, in April 2006 – in Tottenham colours – Carrick almost scored a sensational solo goal. The midfielder dribbled past three Arsenal defenders and ‘keeper Jens Lehmann before hitting the side netting.

It would have been the best goal of Carrick’s career. Check it out below.

After leaving Tottenham for Manchester United in 2006, Carrick won an impressive 12 trophies. The haul included five Premier League wins and a Champions League.

He became one of the most decorated players in Premier League history during his time at Old Trafford.

Despite his heroics, there was a feeling Carrick was underrated and perhaps underappreciated. Calm and assured on the ball, Carrick was one of the finest midfielders of his generation.

Carrick wasn’t a ‘superstar’ player but his qualities would always shine through. He consistently performed at an eight out of ten and would rarely let his side down. A consummate professional, he may have a great future in coaching ahead of him.