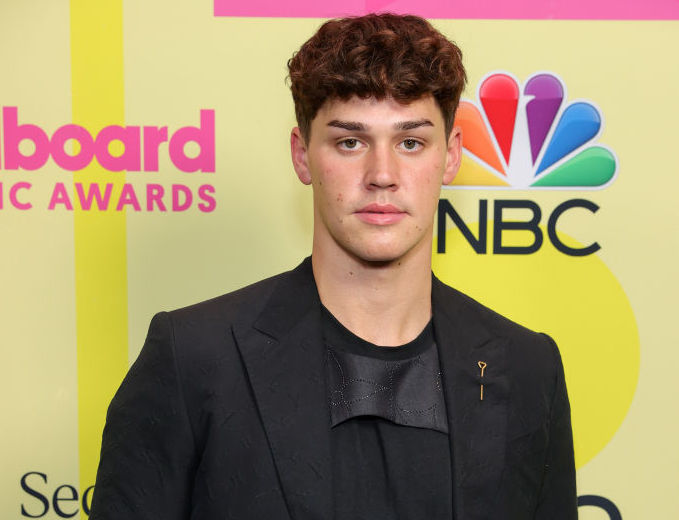 Soccer Aid 2022 goes down this weekend, with a host of legends and celebrities taking to the field – but who is TikTok star Noah Beck?

Soccer Aid has captured mass popularity since it was concocted by Robbie Williams and Jonathan Wilkes in 2006. Initially held as a bi-annual event, Soccer Aid is now an annual extravaganza.

It brings in top footballing stars from around the world, with a host of popular celebrities also participating. It provides fans with an opportunity to watch a game between England and the World XI, which always throws up entertaining moments.

Every year, the match features celebrities from the USA, but they have failed to set the game alight so far. In 2014, ‘Man vs Food’ star Adam Richman only got a few minutes on the pitch. And who could forget the moment Hayden Christensen, AKA Anakin Skywalker, blazed the ball over the bar from the penalty spot?

But this year, a social media icon will attempt to break the mould.

Noah Beck looks to make an impression at Soccer Aid

Although mainstream football fans potentially won’t have heard of the American, he has definitely earned his right to play in the game. Noah Beck has amassed a whopping 33.4 million followers on TikTok, and hopes to impress them all at the London Stadium.

However, he isn’t just a regular celebrity. Beck has an extensive footballing background. He spent a season in the US Youth Soccer Olympic Development Programme, in addition to making an appearance as a celebrity guest coach in the 2021 MLS All-Star Skills Challenge in Los Angeles. Furthermore, he featured on the youth books at Real Salt Lake.

Beck made 17 appearances for the Portland Pilots in 2018. According to his club biography, the 21-year-old was a ‘four-time state finalist with his SC Del Sol club team’. He also earned ‘first team all-state’ and was a ‘regional and district player of the team as a sophomore, when he was the team’s leading scorer’.

He turned to TikTok during the Covid-19 pandemic in 2020, and he has quickly risen to prominence on the platform.

What has Noah Beck said about Soccer Aid?

This year, Beck will feature for the World XI team alongside football legends such as Cafu, Andrea Pirlo and Roberto Carlos.

As per Irvine Times, upon announcing that he would put the boots back on at Soccer Aid, he said: “I’m honoured to be a part of Soccer Aid for Unicef 2022. Soccer was my first love and has always remained an important part of my life, so being able to continue to demonstrate my passion for the game and for a good cause is a dream come true.”