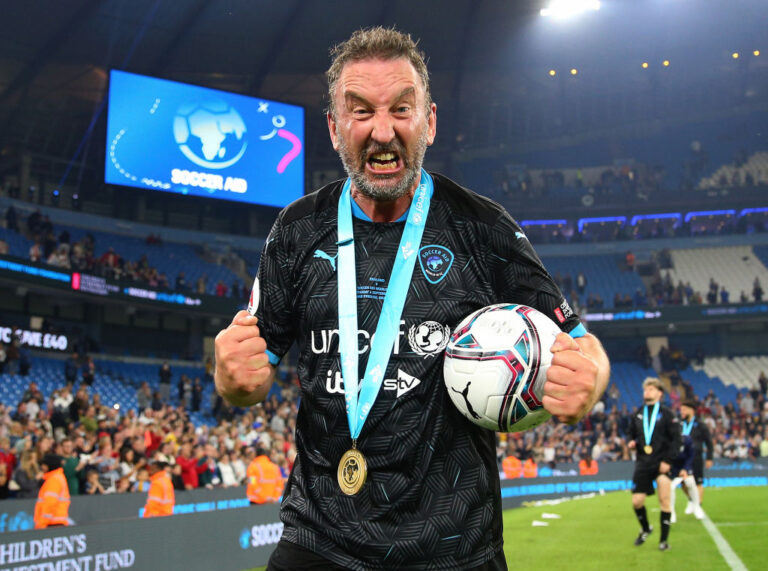 England-born comedians Lee Mack and Mo Gilligan will be representing the World XI at Soccer Aid 2022.

Since Robbie Williams and Jonathan Wilkes introduced the charity competition in 2006, the event has captured mass popularity. It provides fans with an opportunity to watch a plethora of footballing icons, as well as a selection of famous singers, actors and comedians.

The event manages to throw up incredible moments every year. In 2014, Jose Mourinho tripped up Olly Murs in a hysterical turn of events that still has fans chuckling whenever the viral clip re-emerges. And who could forget the moment Hayden Christensen, AKA Anakin Skywalker, blazed the ball over the bar from the penalty spot?

However, Darth Vader isn’t the only man who’s made the world chuckle with his technique in the shoot-out. Lee Mack regularly features in Soccer Aid, and his performances on the pitch are just as comedic as his sell-out comedy tours.

But despite his lack of footballing talent, he still made England fans proud for years with his positive attitude. In recent years, however, he decided to switch his allegiance.

During an appearance on the hit series ‘Who Do You Think You Are’, Lee Mack traced his family history back to County Mayo in Ireland, and has thus chosen to represent the country.

He has Irish heritage in the form of his great grandmother, meaning the comedian could successfully apply to play for the World XI in Soccer Aid.

This year will mark his second outing for the team, having scored their third goal in last year’s event.

However, he’s not the only England-born player set to play for the World XI at Soccer Aid 2022.

Mo Gilligan, who captained the team to victory in 2020, will proudly show off his Jamaican and St Lucian heritage. Meanwhile, Chelcee Grimes will also grace the pitch for the World XI, representing Republic of Ireland.