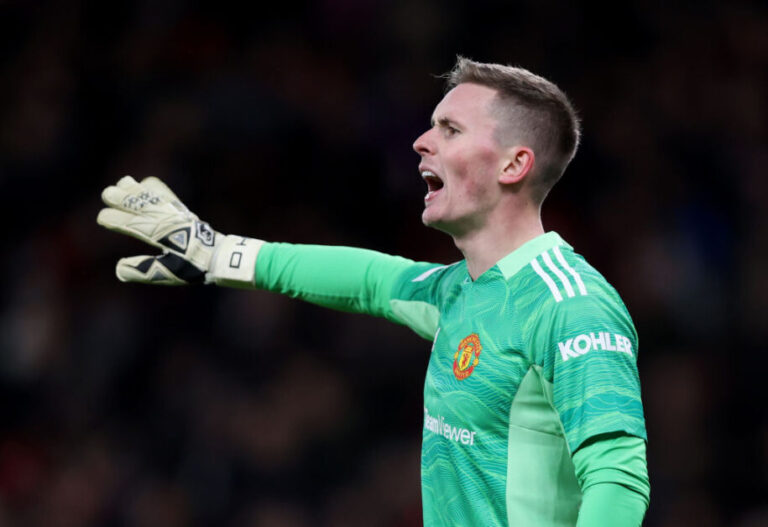 Dean Henderson produced some solid showings for Manchester United when given the opportunity last season. But now, the goalkeeper reportedly wants to move on.

The shot-stopper is struggling to get opportunities to represent the Red Devils this season, with David de Gea the club’s clear number one.

According to respected journalist Fabrizio Romano, the Cumbrian born player may leave the team in the next transfer window.

Following a successful loan spell at Sheffield United, the youngster has competed with de Gea for the number one spot at the Theatre of Dreams. However, he has suffered a fall from grace, and according to the Daily Mail, United interim boss Ralf Rangnick doesn’t see that changing.

The German confirmed last week that the Spaniard was his clear first choice. In addition, he has also revealed that he may be willing to let players leave who are not getting game time, with Henderson falling into that category at the moment.

What did Ralf Rangnick say?

“We have quite a few top goalkeepers. We could see that against Young Boys, both goalkeepers [Henderson and Heaton] did well,” he explained.

“With David de Gea, we have a top goalkeeper as number one. This is a position where we have a minimum of three, if not four or five, good goalkeepers. We will see what the situation will be like in the winter.

“There might be one or two of them wanting to go on loan somewhere, but we also have to bear in mind we have three competitions in the next six months – Premier League, FA Cup and Champions League – and we definitely need three top goalkeepers to make up for a player being injured or suspended.”

Rangnick added: ‘If I look at the number of players we have, it’s still a big squad. It’s not like we don’t have enough players.

“We also need to make sure that the lads want to stay here. If they are seen not getting enough game time here, it might make sense to speak with them individually and see if a loan deal might make sense.”

It seems that the end of Henderson’s time at the Manchester club may be near, but how has he ended up in this position?

David de Gea oozes talent, and even when he’s not performing spectacularly, he can still show glimmers of his brilliant best. But a spell of poor form last season, coupled with Ole Gunnar Solskjaer’s willingness to rotate, allowed the England international to make his mark.

Let’s take a look at their Premier League stats from last season.

According to WhoScored, Henderson’s 3.0 saves per game average was 0.7 higher than his rival de Gea. Furthermore, his 1.5 and 1.2 totals for saves in the area and outside the box are higher than the Spaniard’s 1.3 and 0.8 respectively.

Having made 13 appearances for the Salford based club, it seemed the Englishman could have been the future. But, sadly for him, this wasn’t to be. He has only featured twice for the Red Devils in all competitions this season, and he may well not play another game for the club.

Where does Dean Henderson go from here?

Dean Henderson has only made one appearance for his country so far. And the only way he can potentially get back into the side is to impress elsewhere.

Ultimately, playing for United is fantastic, but he may regret wasting his prime years on the bench if he doesn’t move on. Regardless of his decision, the goalkeeper still likely has a very bright future ahead.