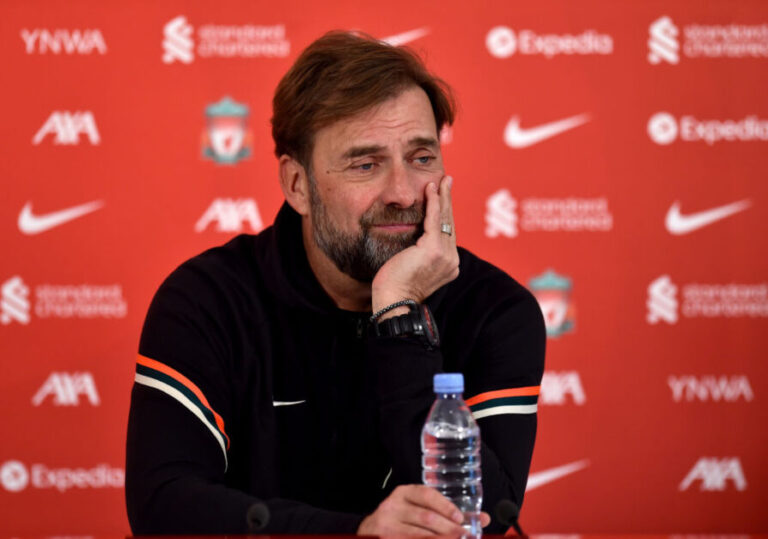 Klopp’s declarations come fresh off the heels of yet another game postponement due to Covid. Manchester United’s game against Brighton, initially taking place on December 18, will need rescheduling after the Red Devils have announced more positive cases among their squad and staff.

Pressure is growing on the Premier League to announce a Christmas break to avoid more disappointment. United-Brighton is the fifth cancelled game due to Covid in the past few days. Rumour has it that Premier League clubs want to stop the competition until the second week of January.

It remains to be seen whether the FA will comply with the request. It is also unclear if this surge in cases is linked to the new, potentially more infectious, Omicron strain.

Will the Premier League cope with the new Covid wave?

We know that Covid is putting an unforeseen strain on Premier League squads.

Earlier this week, the Premier League confirmed that 42 players and club staff had tested positive between Monday 6 and Sunday 12. Chelsea, Manchester United, and Arsenal are among the most affected by this new wave of the virus.

Klopp’s rage makes even more sense given this situation. Earlier today, the Liverpool manager spoke clearly and eloquently. He argues that people should listen to actual experts and not to conspiracy theorists.

“I won’t apologize for the view I hold on the vaccination, no matter how unpopular it might make me”, Klopp said. “It’s never a case of ‘listen to me’ – it’s always ‘listen to those who know’.”

It’s not the first time Klopp has made this kind of comment. In October 2021, he compared anti-vaxxers to drunk drivers, claiming that they endangered lives.

Klopp’s comments didn’t sit well with some fans, but that’s never going to stop him from speaking his mind. Jurgen Klopp’s anti-vaxx critics should probably start looking for a different target.

Liverpool is one of many clubs whose season has been negatively affected by the virus. Back in September, midfielder Thiago Alcantara missed games due to a positive test. Only a few days after Thiago’s test, the club announced that star winger Sadio Mane had also contracted the virus.

By the looks of it, this is going to be a competitive fight for the title between City, Liverpool, and Chelsea. Absences like Mane’s can easily decide titles. Quality and good coaching are not enough to win the Premier League. You also need to get lucky with injuries – unfortunately, that also includes viral diseases nowadays.

As fans, it’s in our best interest that the title fight is fair and balanced. Fans have a part to play, and Klopp is asking for them to play it right.