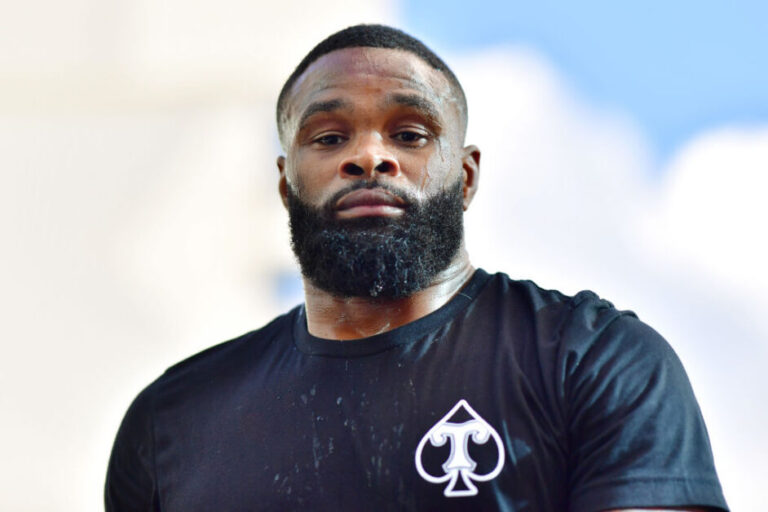 Tyron Woodley is one of the greatest UFC welterweights of all time. But some fans might be surprised at just how much his sole boxing match has helped increase his net worth.

On December 18, ‘The Chosen One’ will collide again with the infamous Jake Paul. The YouTuber’s original opponent was Tommy Fury, but the Brit had to pull out due to a bacterial chest infection and a broken rib.

But luckily for combat sports fans, Woodley has stepped in to save the festive boxing show.

Their highly anticipated rematch is very intriguing. It has been four months since their first bout, and you’d have to think that the Cleveland native will have drastically enhanced his skills. Woodley stepping in at short notice will surely provide an interesting dynamic as well, given that Paul will have already been preparing for his planned fight with Fury.

The YouTuber won their first bout by split decision – but there were undoubtedly chances for Woodley to scoop the victory.

Despite the late notice nature of their second contest, the Missouri native had no issue in taking the bout. And maybe that’s because of the immense amount of money he’s about to make.

Read: Jake Paul net worth: How much has the divisive YouTuber earned in boxing?

How high is the net worth of Tyron Woodley?

According to Celebrity Net Worth, the American is valued at a whopping $4 million, making him one of the wealthiest stars in the history of MMA’s premier promotion. His biggest payday came against Darren Till at UFC 228 in 2018. The 39-year-old made $500,000, plus a $50,000 Performance of the Night bonus and an extra $40,000 from Reebok Sponsorship.

However, according to the Daily Mail, the former welterweight champion claimed that he made more money from one boxing match than he did for his entire reign as king of his division.

How much has ‘The Chosen One’ made from boxing?

As per Celebrity Net Worth, the power puncher’s fight night guarantee was precisely the same as when he fought Till. However, in boxing, the athletes get a more significant sum of the PPV split, meaning that Woodley could’ve earned more than $2 million.

With these stats considered, it’s no surprise that so many MMA fighters are turning to the squared circle searching for their biggest payday. Therefore, it’s also no surprise that the 39-year-old is looking for another opportunity to face off with Paul. And if Tyron Woodley can beat him, then an epic trilogy bout will only increase his already massive net worth.