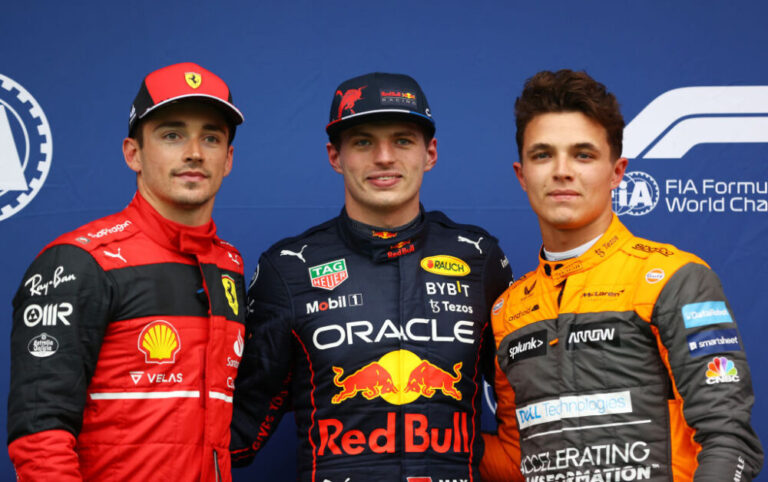 F1 executives are pushing for an increase in the number of sprint races in 2023, according to reports – but some teams are not convinced.

The most recent sprint race took place at the Emilia Romagna Grand Prix at Imola. Red Bull’s Max Verstappen won the race, ahead of Ferrari’s Charles Leclerc and Lando Norris of McLaren.

It was an entertaining sprint, punctuated by numerous overtakes amongst the top cars. Furthermore, the most notable move was Verstappen’s pass on Leclerc.

Leclerc got the better start and was ahead going into turn one. But the Monegasque faded late on, and Verstappen completed the move with just two laps remaining in the race.

The latest edition of the sprint has been met with largely positive reviews. Not all drivers agree, however. Mercedes‘s George Russell, who finished 11th, called the race “processional” – a claim that was refuted by F1 motorsport director Ross Brawn.

Since Liberty Media completed its takeover of F1 in 2016, the sport has been on a relentless drive to attract new audiences.

It has done so to significant effect in the United States, in particular. The country is the fourth most-populated on the planet. However, between 2008 and 2011, it didn’t host a single Formula 1 race.

One particular reason for this was the debacle that occurred in 2005 at Indianapolis. Seven of the 10 teams withdrew from the Grand Prix after Michelin – F1’s chief tyre provider at the time – could not provide assurances of tyre safety after several high-speed failures in practice.

Each team withdrew by pulling their cars into the pits at the end of the formation lap. In addition, the dispute between teams, the FIA and Michelin had gone on into the Sunday. Fans had no prior warning of what would happen. As a result, they were furious. The debacle had a major effect on F1’s reputation in the US.

But those bridges have been rebuilt and even further built upon in recent years. In 2023, F1 will host three races in the US – in Austin, Miami and Las Vegas.

Read: Las Vegas Grand Prix: All you need to know as F1 announces new US race

The sprint race initiative is now the latest idea created by F1 management to get fans more involved.

Ross Brawn has been a big champion of the sprint format as a way to entice new viewers into watching F1. It has generally been a success so far. Although the sprint races of 2021 were met with mixed reviews, the Imola sprint was more positive.

Speaking after the Emilia Romagna Grand Prix, Brawn explained: “We’ve always had an objective of trying to get new fans interested in F1.

“We found from an early stage that sort of bite-sized chunks of F1 would be popular. That’s proven to be the case on social media, with streaming services, YouTube compilations, and all the rest of it.

“But we also felt that it can be quite appealing to have a half-hour race, lots of action, no strategy, so there’s no reason for a fan to have to work out, ‘he’s done his pit stop on lap 13, he’s done his on 18, he’s going to have better tyres’. That’s fantastic for the people who are really engaged in F1. We don’t want to spoil that.”

Why do teams have concerns over more sprint races?

The key reason behind the pushback from teams over more sprint races is the costs involved.

As per Autosport, the sport’s budget cap was a primary reason why initial plans to have six sprint races fell by the wayside.

Teams can currently spend $150,000 for each sprint race. An additional $100,000 insurance is available for crashes.

However, Alfa Romeo driver Zhou Guanyu had a heavy crash in the sprint race at Imola. It is understood that the crash cost the team in excess of the $100,000 insurance to repair the car. That would therefore eat into the $140 million cost cap agreement that has been in place for each team since the beginning of the season. However, there may be the possibility of negotiating a higher insurance in such circumstances.

With teams planning crucial upgrades throughout the season, keeping below that cost cap is necessary.

In addition, when Haas driver Mick Schumacher crashed in qualifying in Saudi Arabia, team boss Guenther Steiner estimated that the repair bill would total around $1 million.

With the latest running of the F1 sprint proving to be a success, executives now need to rally enough teams around them to back a change to the format. However, that may not be straightforward.