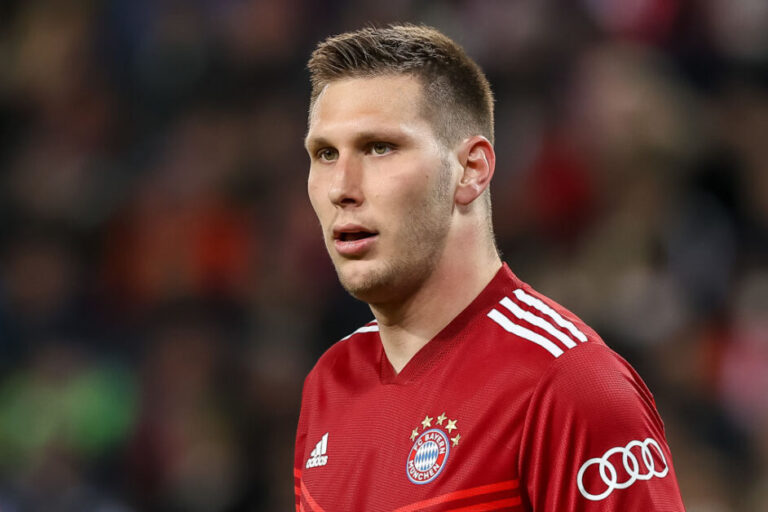 Niklas Sule has become the latest player to make the switch between Bayern Munich and their rivals Borussia Dortmund.

Several players have made the six-hour journey from one team to the other in recent years. Both Mario Gotze and Mats Hummels played for Dortmund prior to moving to the Bundesliga champions before ultimately transferring back to Signal Iduna Park.

Read: Five of the most exhausting Borussia Dortmund transfer sagas

Therefore, it should come as no surprise that another player has taken the chance to take on a new opportunity.

Why did Niklas Sule make a transfer to Dortmund?

Niklas Sule has officially agreed to join Dortmund on a free transfer before the 2022/23 season. And although some are shocked with his decision, considering he’s played 28 games for his current club this season, the 26-year-old has stated that it was an easy decision to choose Dortmund.

He told Bild: “I decided several weeks ago that I wanted to play for Borussia Dortmund. From the first time they made contact, I immediately felt that the club leadership really wanted to work with me.”

Although there’s an argument that he’s giving up future silverware, he might feel the need for a new challenge. And with the potential introduction of the Bundesliga playoffs, there’s no guarantee that Bayern will continue their reign of terror in Germany’s top flight.

But regardless, this news is a damning blow to Bavarian fans. After all, their defensive performances this season haven’t been as robust as in previous seasons. They conceded four goals against VfL Bochum last weekend and shipped five goals in a DFB-Pokal tie against Borussia Moenchengladbach earlier in the season.

How have Bayern Munich players reacted to Niklas Sule transfer?

Sule seemingly felt like he had to leave, and the move has angered his teammates to their core.

Bayern goalkeeper and captain Manuel Neuer admitted that he’s gutted that he’ll no longer grace the pitch alongside Sule.

As per Daily Mirror, he said: “It bugs us all that Niklas is leaving. It’s a pity, of course, that such a cornerstone in the defence breaks away. It annoys us all. We will miss him.”

Bayern boss Julian Nagelsmann similarly added: “I understand some of the reasons [for his departure] but I don’t know them all.

“He has a contract situation that allows him to make a change. One can understand that. He is an important player. For us, we have to find a replacement. It’s a challenge.”

He went on: “The team is annoyed. We have to replace him.”

In addition, former Germany midfielder Dietmar Hamann claims that Bayern have made an awful mistake for not giving Sule what he wanted.

He said in his Sky column (quotes via Bild): “Those responsible may not admit it, but this change continues to cause a lot of unrest in our own ranks. If the captain reports publicly and critically about the loss of a player, you have to pay attention.

“That’s basically none of Manuel Neuer’s business because a player doesn’t have to get involved in the club’s transfer policy. And yet it shows one thing clearly. This change is an issue in the dressing room and, of course, also at management level.

“Replacing or even surpassing Süle will be very difficult on the transfer market. [Antonio] Rudiger is too expensive. Paying [Andreas] Christensen more salary than Süle should also be complicated in the external presentation.

“You may have to deal with [Matthijs] de Ligt or just fight for [Nico] Schlotterbeck. If he also tends towards Dortmund, that would be the next defeat. Personally, I would have tried a lot harder for Süle if I were in Bavaria.”

You sense that it is of imperative importance that Bayern listen to their players’ demands – or risk losing more of them.