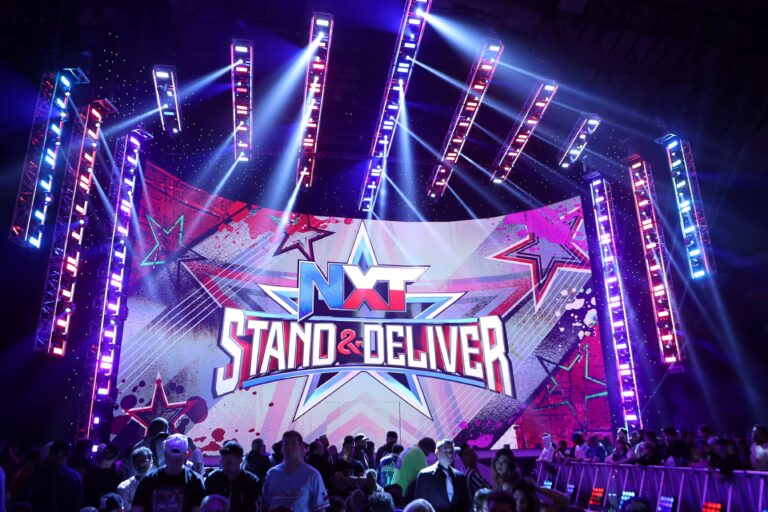 WWE are considering main roster call-ups for a further two NXT stars, according to reports.

Several top NXT talents have already made a move to the main roster this year. After WrestleMania 38, Gunther, Raquel Gonzalez, LA Knight and Marcel Barthel were all called up to SmackDown.

Gunther has been the most successful of the call-ups so far in terms of title belts. The Austrian defeated Ricochet to win the Intercontinental Championship earlier in June. Barthel, now known as Ludvig Kaiser, is Gunther’s manager and an occasional wrestler.

Gonzalez, meanwhile, had her ring name tweaked to Raquel Rodriguez. She challenged Ronda Rousey for the SmackDown Women’s Championship after WrestleMania Backlash. Rodriguez would lose the match, but she has since been positioned as one of SmackDown’s leading talents. She competes in the Women’s Money in the Bank match this Sunday.

LA Knight, meanwhile, is playing the role of manager of a new modelling agency, titled ‘Maximum Male Models’. The agency has been slated to unveil its first client in the last few editions of SmackDown, but LA Knight, now known by the name Max Dupri, does not yet have a client to work with.

According to Dave Meltzer of the Wrestling Observer Newsletter, WWE are considering main roster call-ups for Xyon Quinn and Sanga.

Meltzer explained (quotes via WrestlingNews): “I’ll tell you what, both of those guys are being considered for the main roster right now. Yeah, they think [Quinn] is the total package.”

Quinn may be better known to non-wrestling fans as Daniel Vidot. He played professional rugby league in Australia, and in England with the Salford Red Devils.

He retired from rugby league in 2017 to attempt to become a professional wrestler. Quinn made his SmackDown debut in April 2020, losing to Sheamus, but has never been a part of the main roster. He debuted in NXT last August, and has had feuds with Wes Lee, Nathan Frazer and Legado Del Fantasma.

Sanga, meanwhile, is a former kickboxer, winning a national gold medal. He signed with NXT in 2018. Sanga teamed with Veer Mahaan (then known as Rinku) during his early NXT run. That was before Mahaan was called up to the main roster to work with former WWE Champion Jinder Mahal.

In January, his character was changed to that of a bodyguard to Grayson Waller. Sanga has been in a feud with Wes Lee recently.