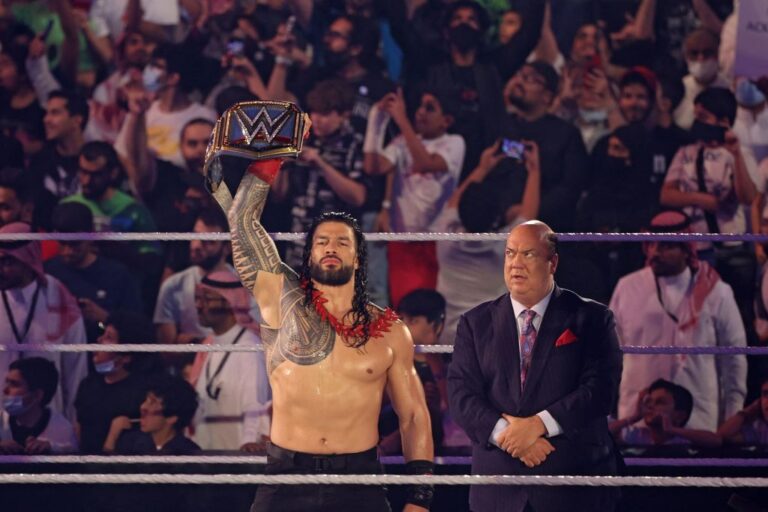 According to reports, the PG era is finally over, and WWE fans can’t wait for the return of edgier storylines that made them first fall in love with the business.

In modern times, the premier wrestling promotion has abandoned its extreme programming in favour of a watered-down and unprovocative package. And while this has made the sport more family-friendly, it’s left the hardcore fans in a constant state of disappointment as they miss the kick of the glory days they became accustomed to growing up.

However, following years of waiting, it seems their wish could soon come true. According to Bleacher Report, the company looks like shifting to a TV-14 rating. Although rumours that this will take place on July 18 appear a tad optimistic, they might not have much longer to wait.

What would a return to a TV-14 rating mean for WWE?

Since 2008, fans have prayed for a generation as cool as the Attitude Era. They desperately miss The Triple H, Stephanie McMahon, Kurt Angle love triangle, Rikishi attempting to murder Steve Austin with his car and Kane setting The Undertaker alight. Even more recently, storylines like Rey Mysterio and Eddie Guerrero fighting for custody of Dominik Mysterio and Edge and Lita’s in-ring romance have gone down in wrestling folklore.

However, some members of the WWE Universe have feared for what this could do to female wrestling. As the promotion has evolved, the women have become a much more integral part of the company. They’re no longer a sideshow, there to entertain the men in the crowd with their scantily-clad outfits, but rather genuine superstars.

The women’s revolution saw the likes of Becky Lynch and Charlotte Flair rise to the pinnacle of the sport. And no one wants to see all the hard work undone. Thus it’s essential that they remember what they’ve built.

However, in more positive news, this will likely see the return of First Blood matches and some old-school burns by John Cena the next time he decides to whip the medallion out and embody the Dr of Thuganomics.

Why have The WWE decided that the PG era is over

Currently, we have no official word on anything, but fans have speculated on why this call has supposedly been made. In 2019, AEW burst onto our screens with daring content that made WWE look like wrestling for kids. Therefore, it would make sense that McMahon would feel the need to compete with his closest rival.

Furthermore, after bringing Cody Rhodes back to the promotion, the company need to utilise him as best as possible. And what better way to do that than let him excel in boundary-pushing television?