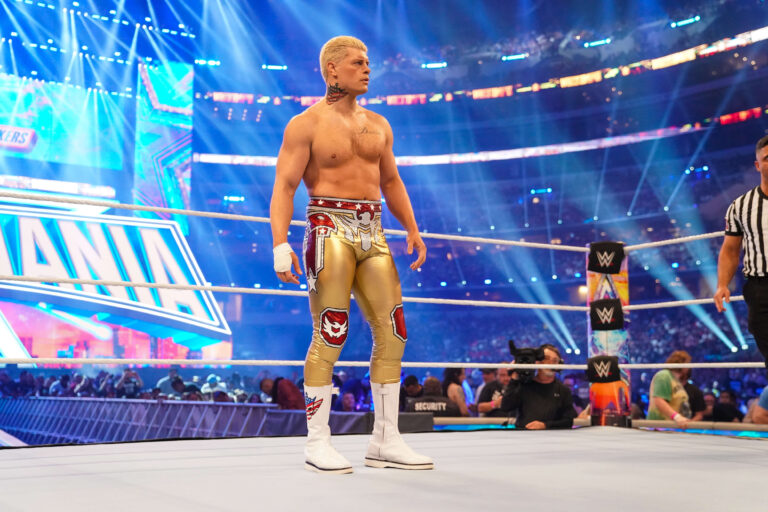 Cody Rhodes is now officially 2-0 in his WWE return after defeating Kevin Owens in a dark match.

Following an eagerly anticipated wait, the 36-year-old finally made his return to the world’s premier wrestling promotion at Wrestlemania 38. While Seth Rollins stood in the middle of the ring at the AT and T Stadium in Dallas, Texas, fans prayed that his opponent, handpicked by Vince McMahon, would be Rhodes.

And in the end, their wish was granted. Their hero’s music blasted out, and following a six-year absence, he officially returned. The pair of wrestling icons contested an incredible match, which delivered on all fronts. Their war of attrition had 77,899 spectators on their feet as Rhodes kicked out of a Pedigree to land three CrossRhodes and put his opponent away.

His spectacular comeback sent shockwaves throughout the entire WWE Universe. Since his original departure from the company, he has grown leaps and bounds, winning titles in AEW and enhancing his ability on the mic. In the aftermath of the event, he arrived on Monday Night Raw to address the wrestling world.

Cody Rhodes competes in a dark match on Raw

The popular superstar arrived on WWE’s red brand and looked to make an immediate impact. He walked to the ring to thunderous applause and made his intentions in the company clear.

But despite delivering an extremely engaging promo, he wasn’t done yet. The showman decided to give the fans in attendance a little extra treat by competing in a dark match with Kevin Owens after the broadcast went off the air.

To the crowd’s amazement, The Rock’s mum, Ata Johnson, held Rhodes’ opponent so that he could land several brutal chops to the chest. Ultimately, the returnee found his infamous CrossRhodes and brought an end to proceedings. He then picked up the mic and said goodnight to the fans.