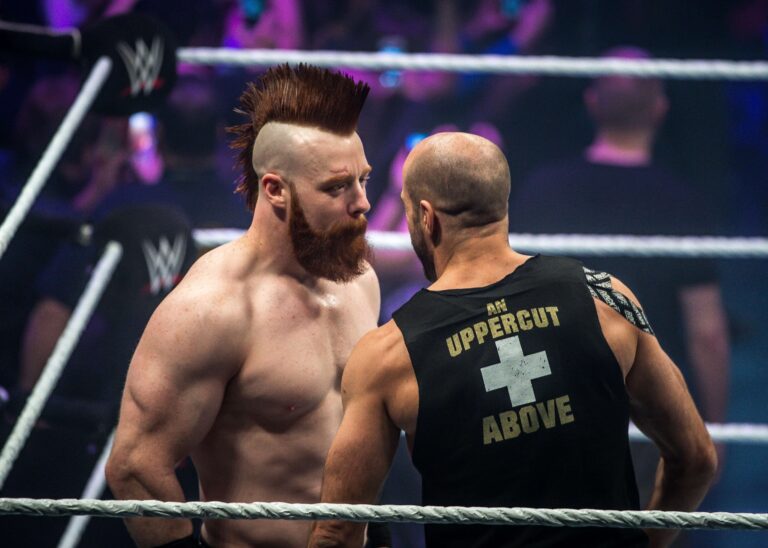 WWE star Sheamus has revealed that he would choose Liverpool defender Virgil van Dijk to form a tag team with if he could pick any current Reds player.

Sheamus, a five-team Tag Team title holder in WWE, certainly has plenty of experience when it comes to forming and maintaining a successful in-ring partnership. All five of his titles were won whilst teaming with Cesaro.

Outside of wrestling, Sheamus is a big Liverpool fan. With that in mind, we asked him which current Reds player he would want to team with inside the ring. He chose van Dijk, and told the story of how he once went on a seven-hour journey to watch the Reds play.

Sheamus on van Dijk and Liverpool

Sheamus explained: “It would have to be van Dijk.”

“I saw Liverpool play Dortmund in Notre Dame [Indiana]. I drove seven hours up the road, two dogs in the car at the time. Me and my missus drove up to Notre Dame when they were playing there, and watched him [van Dijk].”

“I’ve met him in person – he’s a tall fella. Great for changing lightbulbs, you know what I mean?”

Without a doubt, the sheer height and strength of both men would provide for an interesting dynamic as a WWE tag team.

Van Dijk has had a typically excellent start to the current Premier League season. He has started all 11 of Liverpool’s league games prior to their clash against Arsenal.

Have footballers appeared in WWE before?

The answer to that question is yes. Plenty of high-profile footballers have appeared in WWE before – although not necessarily all in the ring.

Former Burton Albion goalkeeper Stuart Tomlinson retired from football in 2013 due to a knee injury, and became a professional wrestler. He joined WWE and fought on NXT under the ring name Hugo Knox.

Outside of WWE, meanwhile, Norwich legend Grant Holt took part in a Royal Rumble organised by the World Association of Wrestling (WAW) in 2018 – and won.

Read: Four footballers that have appeared at wrestling events

Then there was Wayne Rooney. Whilst, unlike the other two, Manchester United‘s all-time leading goalscorer didn’t take part in a match, he did appear on WWE programming.

He was involved in a memorable moment with Wade Barrett. The pair had shared a hilarious exchange on Twitter earlier that year after Barrett accused Rooney of diving during an FA Cup tie against Preston North End.

Rooney had a front row seat for a Manchester edition of Raw in 2015, and slapped Barrett during a promo.