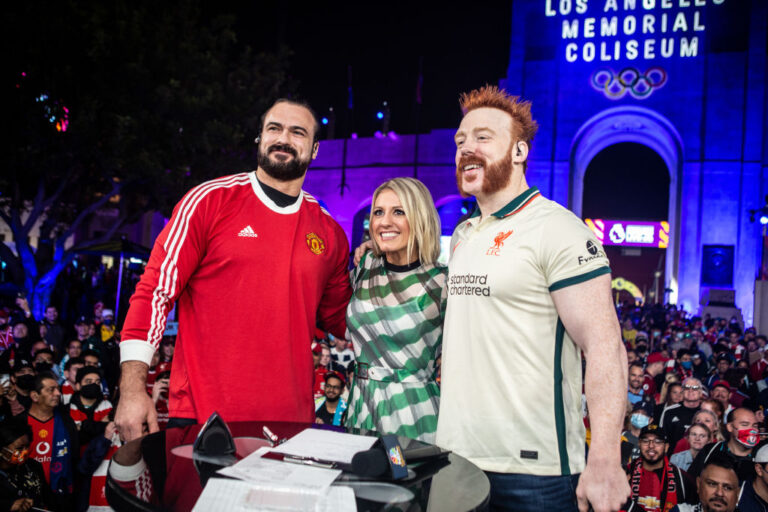 WWE has a hardcore fanbase that spans the entire globe. But there may not be another country on Earth that deserves a big PPV event more than the UK.

There hasn’t been a PPV on British shores since Insurrextion in 2003. However, that could soon change.

There were rumours that SummerSlam would take place at the Principality Stadium in Cardiff. But sadly for UK wrestling enthusiasts, the company announced that the 2022 event would occur in America.

However, fans still have a glimmer of hope, as the world’s premier wrestling promotion has a vacant PPV date in September of next year. British members of the WWE Universe hope that this will end their long wait for a big event.

The appetite for a UK PPV is rife amongst fans. But what do the WWE superstars have to say?

“If you’ve seen any of the stuff that I’ve said online, I’ve not shut up about it for years. But especially the past couple of years and since I’ve become WWE champion and I got a bigger platform, I just keep saying it, and it’s going to happen one way or another, and I don’t care where it happens.”

“A live PPV over here, that’d be amazing. I can totally see that happening, especially considering that there’s a PPV every month. That’s a good way to mix it up. So hopefully that’ll happen.”

“I haven’t heard one word about it, but the way they plan these shows, I’m sure they’re thinking about it. When I was a kid, I remember watching the Ultimate Warrior running out [at SummerSlam, 1992, in the UK], and the sun was setting.”

“I remember thinking, ‘that’s so cool’, seeing a big match in a different part of the world. So to bring that back now, in the current time, would be amazing. It’d be a great move.”

“It’d be amazing; I think it’s highly possible now. We’ve shown with the events in Saudi Arabia that the time difference isn’t a major factor anymore, especially if it’s on a Saturday or Sunday.”

“People would watch in the States, and I think now more than ever, we’ve shown how much of a global giant WWE is. We’re not just an American company. So I think it’d be fantastic. It would be a new experience, the fans here and Europe and Ireland would be really appreciative of it, and I think the tickets would go in record time.”

“It’d be an unbelievable show. Time difference is a thing of the past. With Peacock over there and the WWE Network over here, it’s become very possible, and it should happen more often.

“We should be doing lots of PPV events in different countries, especially the big ones.”

WWE Survivor Series goes down this Sunday, November 21. As ever, UK fans will be watching on their television screens. Hopefully, an elusive UK PPV event could be just around the corner.