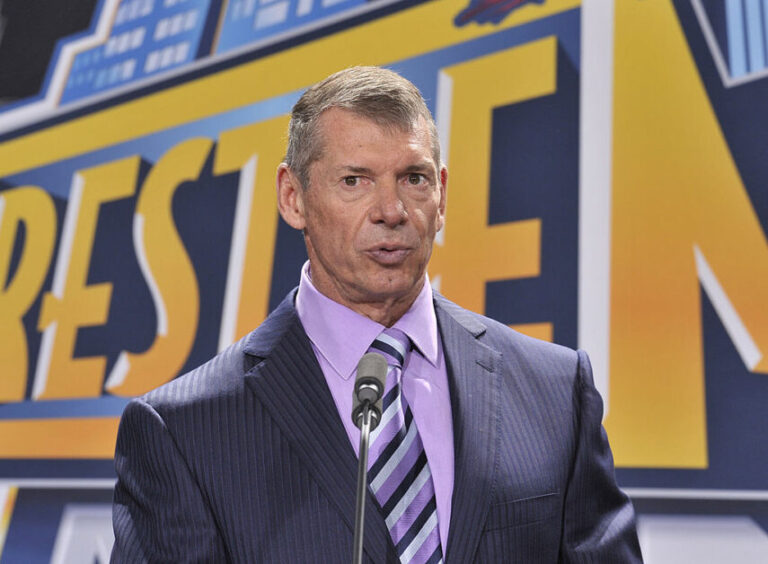 The WWE Elimination Chamber PPV occurs on February 19 in Jeddah, Saudi Arabia. But despite the hype for the event, there are still concerns about the location. And the promotion’s recent PR moves haven’t helped matters.

Ahead of the big night of action, the company has found itself in hot waters because of the way they’ve promoted the show. They’ve asked multiple employees to share the same message of ‘WWE continues to influence the world.’

The quote, which is repeated by superstars with varying personalities, is used to caption a photo of Becky Lynch and Lita appearing on a Saudi Arabian billboard.

In many ways, this is indeed a massive achievement. When the company promoted their first event in the country, the women weren’t even allowed on the card.

So to have them getting so much exposure just eight years later is a revolutionary moment. But it doesn’t come across as authentic as it could when the entire locker room is tweeting the same exact message.

The promotion intended to showcase the impact that they’ve had in a challenging market. But instead, they’ve come across as ‘propaganda’ spreaders.

One fan tweeted: “Guys, I think this is like a cult.”

Whereas another claimed: “I’m getting major blink twice if you need help vibes.”

The wrestling promotion has treated fans to high-profile matchups during their stint in Saudi Arabia. Depending on your view, the tag-team collision between D-Generation X and The Brothers of Destruction could be described as amazingly nostalgic or horrendously depressing. ‘The Greatest Royal Rumble’ also split opinion.

WWE fans won’t forget about the murky waters the company is swimming in—no matter how often they try to brainwash them by repeating the same message.

The promotion received a massive backlash for hosting the 2018 edition of Crown Jewel in the wake of Saudi Agents killing journalist Jamal Khashoggi. Despite calls from the U.S. government and the press to cancel the event, the WWE proceeded with the card.

Stephanie McMahon told Sky Sports: “This was an incredibly tough decision, given that heinous act, but in the end, it was strictly a business decision.”

However, this resulted in Daniel Bryan refusing to compete in the event, and he wasn’t the only superstar to not take fondly to the decision. Sami Zayn opted against competing in the Greatest Royal Rumble, and John Cena pulled out of the WWE World Cup. Therefore, it doesn’t matter how good a show they put on. There will always be an asterisk.