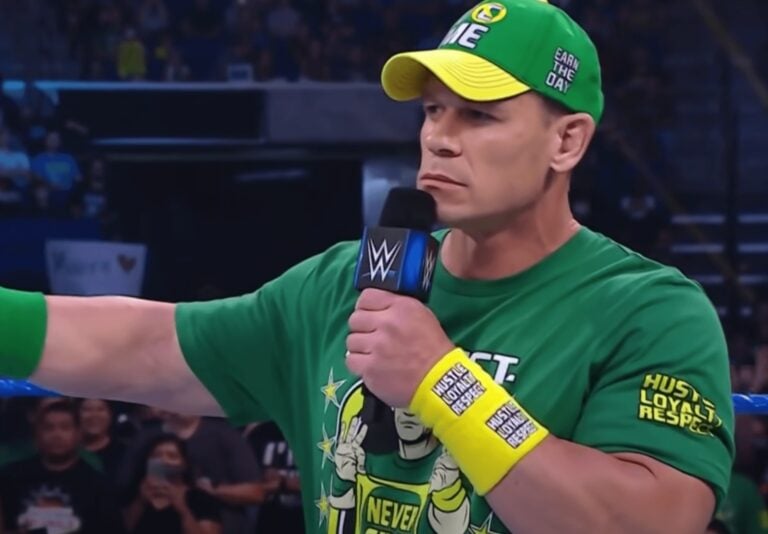 The latest big announcement made by WWE has got fans of John Cena extremely excited for the legend’s future.

Cena has spent the best part of a year away from the company due to his Hollywood commitments. In July, the 45-year-old returned to WWE, embarking on a feud with Roman Reigns.

On what was dubbed the ‘Summer of Cena‘, the WWE legend wrestled primarily in dark matches and in live events.

He did, however, take on Reigns for the Universal Championship at SummerSlam in a losing effort. That was despite performing the ‘Attitude Adjustment’ on Roman Reigns off the top rope, and slamming him through a table.

After the event had ended, Cena was confronted by the returning Brock Lesnar. Before leaving the arena, the ‘Beast Incarnate’ performed several F5s on his former rival. And after wrestling another dark match after Raw, Cena was gone again.

Now, WWE have announced a significant anniversary which has piqued the interest of fans of the legendary Superstar.

In 2022, John Cena celebrates 20 years of being in WWE. Although he may appear only occasionally now, he was once the face of the entire company.

The 45-year-old main evented WrestleManias, won 16 world titles and had rivalries against The Rock, Randy Orton and Brock Lesnar. Although the ‘Leader of the Cenation’ could be polarising amongst fans at his peak, partially due to his consistent position at the top of the company, his Money in the Bank return showed exactly the regard he is held in.

Now, WWE has confirmed that June will be dedicated to Cena. He first appeared on the main roster in June 2002, in a losing effort to Kurt Angle. However, he left a lasting impression on fans.

In an official statement, WWE said: “In honour of the upcoming 20-year anniversary of that seminal night, WWE is paying tribute to The Cenation Leader throughout June with the launch of #CenaMonth.

“The festivities include a brand-new episode of WWE Playback featuring The Cenation Leader breaking down his own debut. Cena-themed editions of WWE Top 10 and WWE Playlist, a bevvy of rare and unseen photos, tons of classic throwback videos, and much more!”

While fans are naturally looking forward to #CenaMonth, there is one question on everyone’s minds.

Will Cena return for #CenaMonth?

While WWE haven’t explicitly stated that Cena will be making any live appearances for the company, fans are hoping that the 45-year-old may return in some capacity.

But what has Cena said? Speaking in a recent interview with YouTube channel Adam’s Apple, he explained: “I know in WWE years, I turn 20 pretty soon. So that’s a big thing from a pretty storied class of folks. Batista, Randy Orton, Brock [Lesnar]. We all kind of turn 20 this year.

“I am aware that is coming around the corner, and who knows?”

Cena, therefore, hasn’t yet denied that he won’t be making a return to the company. He does, of course, have plenty of Hollywood commitments, with four films set for release this year in which he features.

But with SummerSlam on the horizon at the end of July, there could be an opening for Cena to make a big splash this summer. Fans, meanwhile, are already pleading for him to come back.