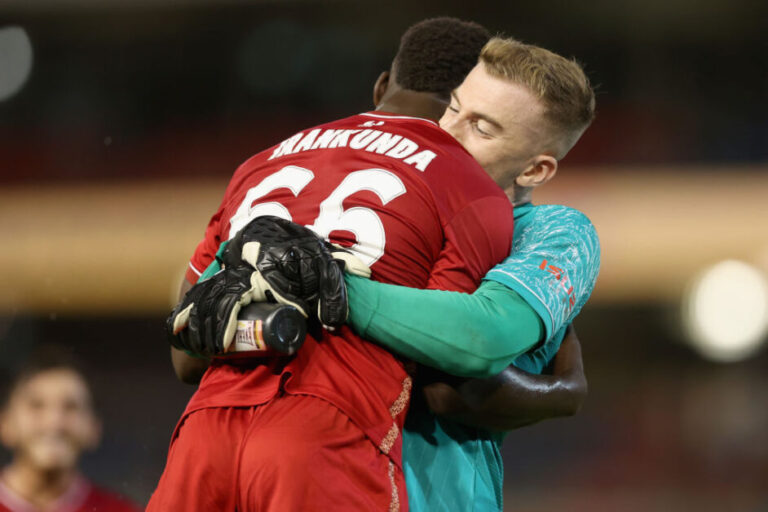 A-League wonderkid Nestor Irankunda scored an unbelievable goal and performed an epic celebration to match over the weekend.

As fans, we’re always on the lookout for exciting young talent who can come through and emerge as stars of the future.

The world’s best players usually catch the eye from an early age. Look at the likes of Wayne Rooney, who captivated fans at Goodison Park at just 16-years-old or Michael Owen, who set the world alight on many an occasion in his younger years.

More recently, English internationals such as Raheem Sterling and Marcus Rashford showed that the greatest stars shine brightly from the very beginning of their careers.

Read: The football match in Madagscar that saw a record 149 goals scored.

It now seems that the world has uncovered another potential gem. Adelaide were 1-0 down with just two minutes left in their fixture against the Newcastle Jets. So there was massive pressure on 15-year-old Irankunda when he stepped up to take the set-piece. But he more than delivered. His shot fired into the back of the net.

The ecstatic Australian then impressed fans further with an incredible backflip reminiscent of Nani in his prime. He became his side’s youngest ever goalscorer in the A-League. But even more importantly, his goal was enough to inspire his side to find a late winner.

Adelaide is currently third in their domestic league table, but they could challenge for the title if their youngster can continue his momentum. It took the Tanzanian-born winger just three games to find his first professional goal. If he continues to produce moments of magic like this, his career will have a very positive trajectory.