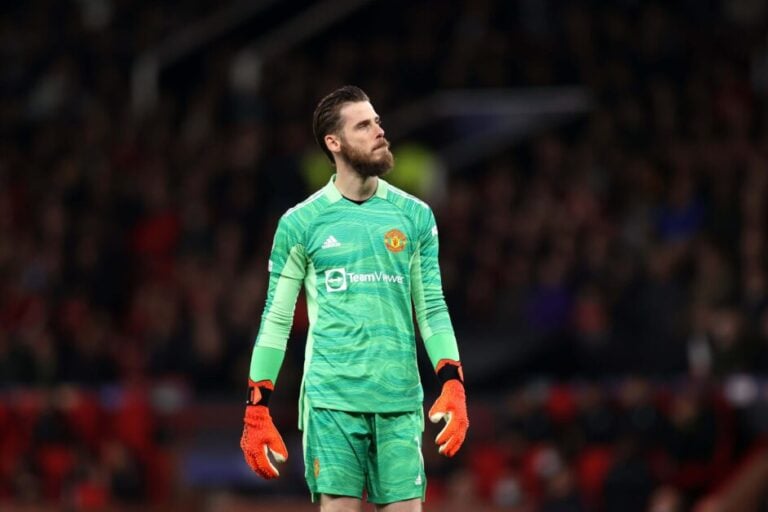 Transfer deadline day is renowned for being an insanely chaotic time for clubs worldwide.

Managers and key officials are scrambling to get last-minute deals over the line; players are frantically travelling from home to medicals and boardrooms. And the staff are in hand in case the fax machine breaks.

That, inevitably, means plenty of drama. Sometimes, it can result in incredible outcomes, like when Arsenal completed the signing of Mesut Ozil from Real Madrid in 2013.

But there are other times where things don’t quite work out – in comical fashion. Let’s take a look at five of the most ridiculous transfer deadline day sagas:

In January 2013, Odemwingie publicly criticised his current club, West Bromwich Albion, on Twitter. In addition, on deadline day, he was intent on a move to relegation-threatened Queen’s Park Rangers.

To do that, he drove to QPR’s ground, Loftus Road, and waited outside the club’s car park. However, no official bid had been accepted by West Brom, so he wasn’t allowed in. Cue the live scenes of his attempts to enter the ground being broadcast on Sky Sports. An unforgettable moment was born.

Two years later, West Brom were involved in yet another transfer deadline day saga. This time, star striker Saido Berahino was furious after the club rejected a bid from Tottenham Hotspur.

Taking to Twitter, he claimed he would never play for Baggies chairman Jeremy Peace again.

Berahino had come into the season off the back of scoring 14 Premier League goals in the 2013/14 campaign. The 22-year-old seemingly had the world at his feet. However, he only scored a further seven goals in one-and-a-half seasons for West Brom before being sold to Stoke, where he didn’t score a league goal for nearly three years.

For those of you not familiar with the Netflix documentary ‘Sunderland Til I Die’, the cameras were meant to follow the Black Cats on their path back to the Premier League after a disappointing relegation in 2018. Instead, they filmed two of the worst seasons in the history of Sunderland Football Club.

There were losses, boardroom arguments, supporter discontent and this bizarre expletive argument between manager Chris Coleman and a fan outside the Stadium of Light.

Anyway, in the second season of the documentary, we arrived at deadline day in January. The Black Cats were in the League One play-off places and looking to sign a striker to fire them towards promotion.

The club drew up a list of targets, and staff read them aloud. Then came the iconic moment.

One said: “Why am I seeing Ibrahimovic at the bottom of this list?”

Yes, that’s right. Zlatan Ibrahimovic, one of the greatest strikers in the history of modern football who, at that point, was ripping up the MLS, was apparently a genuine target for Sunderland in League One. Safe to say, the move didn’t happen. They instead splashed out £3 million on Will Grigg, who scored just five goals in 47 games during his time at the club.

In the summer of 2015, David de Gea was one of the hottest properties in world football. Furthermore, he was arguably the best goalkeeper in the world.

Real Madrid had a bid accepted for the Spaniard. In addition, Manchester United agreed on a deal with the La Liga giants for Keylor Navas to come the other way in a swap deal.

Everything looked set to go through, but it was announced minutes before the deadline that the deals had collapsed. It was reported that a broken fax machine prevented De Gea from completing his dream move to Real Madrid. The paperwork was not delivered to La Liga on time.

The goalkeeper eventually signed a new four-year deal with United and remains the club’s number one to this day.

Following their fairytale Premier League triumph in 2016 and subsequent fall down the league the season after, Leicester City needed a strong summer transfer window to re-align their ambitions.

It started well, with Harry Maguire and Kelechi Iheanacho signing for the club. On deadline day, the Foxes appeared well placed to seal the £22 million coup of Adrien Silva from Sporting Lisbon.

The signing officially went through – but the documents and paperwork didn’t until 14 seconds after the deadline. Silva was now a Leicester player. However, he couldn’t play a single minute for the club until the next registration opportunity in January.

The moment essentially foreboded what was a difficult period in Silva’s career. He made just 14 appearances for Leicester in the Premier League before moving to Monaco on loan in January 2019.