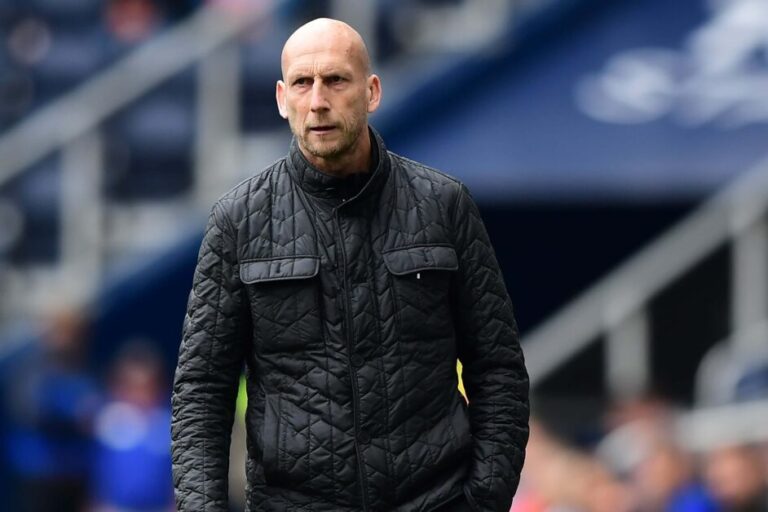 Former Manchester United defender Jaap Stam has given his honest views on Harry Maguire and his former club’s recruitment policy.

In recent months, Maguire has come under heavy criticism, with reports even suggesting that interim boss Ralf Rangnick may look to move him on.

A 90min report states that the German has identified critical areas of concern within the United defence. Maguire, Luke Shaw and Aaron Wan-Bissaka have been picked out as weaknesses.

The Red Devils currently sit in seventh in the Premier League table. They are five points away from the Champions League places.

Recent performances have been highly disappointing. This month, United have thrown away a two-goal lead against Aston Villa to draw 2-2 and suffered a humiliating 1-0 defeat at home to Wolves, where the performance was the more significant talking point than the result.

As club captain, Maguire has spoken out on several key issues in recent weeks. Speaking to the Daily Telegraph earlier in January, he said most of the criticism of performances was “absolutely correct”.

He also said the players were “angry” about their poor form.

However, despite those words, matters on the pitch are still causing United fans a lot of anguish. Maguire, Wan-Bissaka and Shaw are just three of the players who have been criticised for their displays.

Having spent three highly successful years at Manchester United between 1998 and 2001, Jaap Stam knows exactly what pressure is all about at the club.

The Dutch defender played his part in the 1999 Champions League-winning side. In addition, he lifted three Premier League titles and an FA Cup.

Jaap Stam gave his views on the performances of Harry Maguire this season and compared him to a player that was coming through the youth system during the Dutchman’s time at the club.

Speaking on The Michael Anthony Show, he said: “It is a lot of money they paid for him. To be honest, when I saw him at Leicester City, I thought he was a decent player.

“It’s not always up to one player. It’s easy to say, ‘Ronaldo is there, why’s he not scoring two goals a game?’.

“I’ve seen Maguire play good football too but I think sometimes he wants to do more than what has been asked of him.”

United spent around £155 million on the trio of Maguire, Shaw and Wan-Bissaka. Shaw cost the least, at £30 million, whilst Wan-Bissaka cost £45 million.

Meanwhile, the Red Devils spent a fee of £80 million to sign Maguire from Leicester in the summer of 2019. At the time, it was a transfer record for an English player, but has since been broken by Jack Grealish’s £100 million move to Manchester City.

Read: Who are the most expensive Premier League players by age?

Those deals are almost symbolic of United’s transfer strategy over recent seasons. They spent big in the summer to acquire the signing of Jadon Sancho from Borussia Dortmund.

The club also paid an initial fee of £75 million to sign Romelu Lukaku in 2017, and splashed out £47 million on Fred a year later.

Sancho has time on his side, but the other two signings cannot be categorised as outright successes. Lukaku left United after just two seasons, and whilst Fred has emerged as an important player under Ralf Rangnick, he is yet to convince United fans fully.

Citing Maguire as his example, Stam spoke of his concerns about the club’s recruitment.

He explained: “If nobody is happy about Harry [Maguire] and what he is doing, how he is performing, how he is playing, then they should look at the recruitment issue.