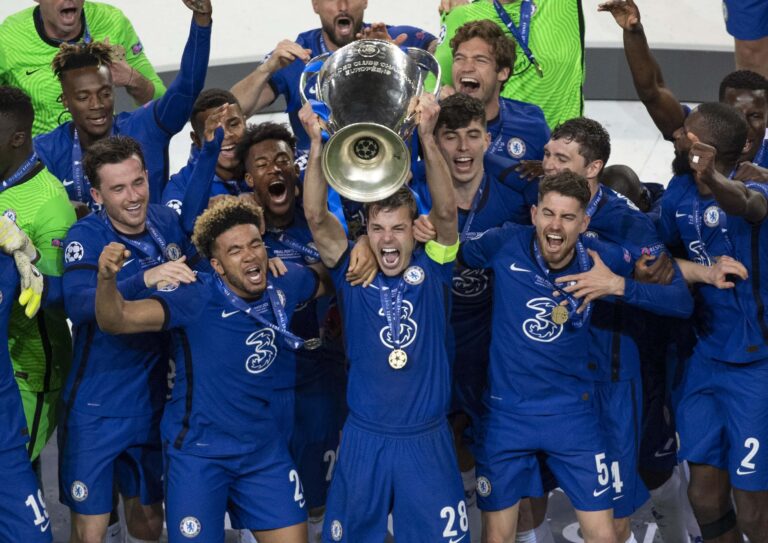 Another Champions League group stage is now complete – and we all know what comes next.

It’s the drama of the knockouts – two legs, goals and tension aplenty, possible extra-time and penalties. Away goals may even come into play.

Except not on that last point. To the relief – or dismay, depending on your point of view – of some fans, away goals are no more in all UEFA club competitions.

When the 16 teams go into the hat for the first draw of this season’s Champions League knockouts, they will know that away goals are no longer a factor when it comes to the crunch moments. Put simply, gone are the days where scoring one goal at the home of your opponents would be nearly as important as the result itself.

Let’s look in more detail at the rule change, why the decision was made and whether that decision is a good thing or not:

Why has the away goals rule been abolished?

According to UEFA, part of the reason behind the decision to abolish the away goals rule was the continuing reduction of home advantage.

Their research found that the percentage of home wins in knockout ties has reduced from 61% to 47% since the mid-1970s. Some teams are now prioritising not conceding in a home tie, which naturally puts them in a better position for the away leg.

UEFA president Aleksander Ceferin said: “The impact of the rule now runs counter to its original purpose as, in fact, it now dissuades home teams – especially in first legs – from attacking, because they fear conceding a goal that would give their opponents a crucial advantage.”

“There is also criticism of the unfairness, especially in extra time, of obliging the home team to score twice when the away team has scored.”

“It is fair to say that home advantage is nowadays no longer as significant as it once was.”

Which great games have been decided by away goals?

The away goals rule has been in place in UEFA competitions since 1965. That means it has been the deciding factor in some classic matches.

One recent occasion that comes to mind is Tottenham‘s semi-final tie against Ajax in the 2018/19 competition. With Ajax 3-2 up on aggregate in the second leg, Spurs forward Lucas Moura scored with the last kick of the game. Instead of extra time, though, Mauricio Pochettino‘s side went through on away goals.

Then there was the famous semi-final tie between Chelsea and Barcelona in 2012. The Blues won the match 3-2 on aggregate thanks to a late goal by Fernando Torres on the counter. However, it could be argued that Barcelona would not have been so desperate to score if, at 2-2, the tie wasn’t influenced by away goals in Chelsea’s favour.

The two sides played in a dramatic Champions League semi-final three years earlier, which was also decided by away goals. Having drawn 0-0 at the Nou Camp in the first leg, it was all to play for at Stamford Bridge.

Amid a controversial tie that saw numerous Chelsea penalty appeals turned down, Gus Hiddink’s side still led 1-0 going into injury time. Andres Iniesta, however, popped up with the late, late equaliser to break Blues hearts and send Barca through to the final.

Is the abolition of away goals a good thing?

There are certainly two sides to this argument. On the one hand, away goals have been responsible for some thrilling conclusions to Champions League matches. They add a unique element to proceedings.

Take Barcelona’s famous 6-1 victory over PSG in 2015. The tie was heading for extra time with Barca 4-0 up in the second leg. But Edinson Cavani went on to pull a goal back for the French side. Luis Enrique‘s men then needed two goals. Extra time for a draw would be no longer an option.

What we then saw was thrilling. Barca piled forwards in the closing stages, and somehow got the two goals they needed to progress.

But there is the question of fairness. Should a home team effectively be punished for the away side scoring a goal? Or should an away goal count for more, simply because it is statistically more challenging to score at your opponent’s home?

The rule change does open up the opportunity of more games being settled by extra time and penalties. And that, as we all know so well, creates a new type of drama entirely. Bring on the new era.