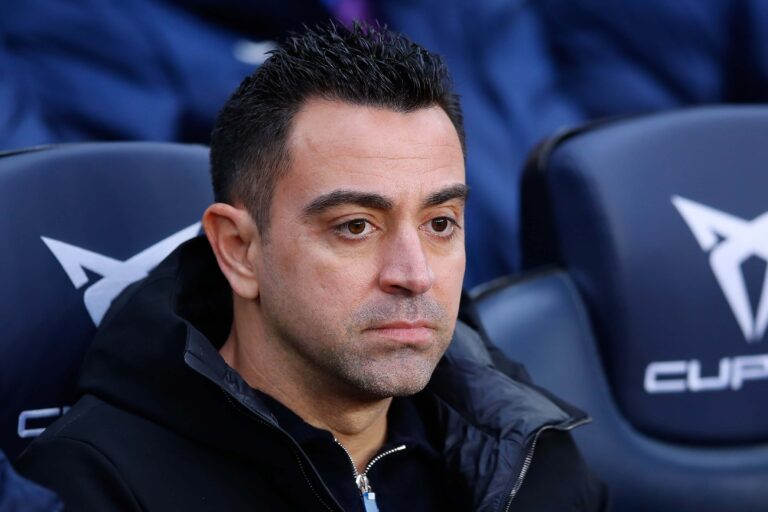 On Wednesday evening, Barcelona suffered a humiliating exit from the Champions League after a 3-0 defeat to Bayern Munich at the Allianz Arena.

Xavi‘s side were unable to cope with Bayern’s attacking threat. They will now enter the Europa League knockout stages for the first time in 18 years.

The elimination is likely to have big ramifications for the club. On a footballing level, Barca will not be mixing it with Europe’s elite clubs.

But another issue is in terms of finances. As per AS, the club have lost €9.3 million due to not qualifying for the Champions League knockout stages. Whilst that may not seem like a huge deal to a club of Barca’s stature, it is worth noting the financial peril they are currently in.

The Spanish giants were forced to considerably reduce their wage bill over the summer. Due to financial and structural obstacles, they couldn’t register Lionel Messi’s new contract. He subsequently left the club on a free transfer and joined Paris Saint-Germain.

Furthermore, in terms of transfers, Barcelona allowed several other players to leave the club on permanent or temporary loan agreements. Emerson Royal, Ilaix Moriba, Antoine Griezmann and Junior Firpo were among the names to depart.

La Liga announced in September (as per Daily Mail) that Barca had a salary cap of £85 million for this season – the seventh-highest in the division. They currently sit sixth in the division, a massive 16 points behind Real Madrid with a game in hand.

Given their financial issues and struggles on the pitch, it may well be that Barca have to sell some of their top players again in January or this summer.

When it comes to transfers, who could potentially be moved on by Barcelona?

Frenkie de Jong signed for Barcelona from Ajax for £65 million in the summer of 2019.

One of the Netherlands’ biggest young talents, de Jong is primarily a deep-lying playmaker who is highly effective both in defensive and attacking areas.

The 24-year-old has impressed during his time at Barca. He hasn’t been at his absolute best this season – but neither has the team in general. With de Jong reportedly attracting interest from the likes of Manchester United, now may be the time to cash in on the midfielder and raise some much-needed funds.

Sergino Dest has reportedly asked to leave Barcelona in January over a lack of game time.

The 20-year-old right-back signed for the club from Ajax in the summer of 2020. He featured prominently in Ronald Koeman’s 3-5-2 system last season, and ended his first La Liga campaign with two goals and one assist in 30 appearances.

He has been one of Barcelona’s top performers this season, contributing four assists in 12 La Liga appearances. However, Spanish outlet El Nacional reports that new boss Xavi prefers Sergi Roberto, Ronald Araujo and Oscar Mingueza at right back. The same report adds that Dest is pushing to move to Bayern Munich.

It’s fair to say that things just haven’t worked out for Philippe Coutinho at Barcelona.

His signing was much heralded when he arrived from Liverpool for around £146 million in January 2018. But he hasn’t reproduced his Anfield form consistently for the Spanish giants.

He did have an encouraging opening half-season with Barca. He netted eight goals and five assists in 18 appearances. Since then, however, a mixture of injuries and a lack of consistent game time has meant he hasn’t quite reached the top heights.

The Brazilian may be a contender to leave the club in January. According to Spanish outlet Sport, Barca offered Coutinho to Manchester City and Manchester United last month. Could he be one of the big transfers made by a Premier League club in the upcoming window?