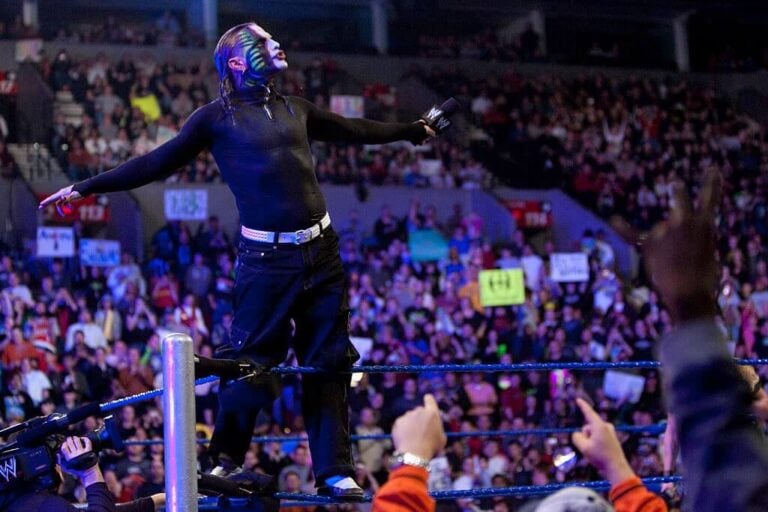 WWE have reportedly released Jeff Hardy from his contract with the company.

The legendary athlete is widely considered one of the best wrestlers of all-time. But it appears he is another name added to a list of recent releases by WWE.

Speculation has arisen over whether an incident involving the American at a non-televised event last week may have played a part in the promotion’s reported decision to let him go.

The former world champion was reportedly sent home, as per PWInsider, from a WWE live event after walking out of the ring during a tag team match. He was partnering Drew McIntyre against Roman Reigns and The Usos.

The American entered the crowd as he made the puzzling decision to leave his fellow superstars in the ring without him. This left fans concerned for his wellbeing.

However, Hardy’s brother and tag-team partner, Matt, has attempted to relieve them of their worries. During his Twitch stream on Monday, ‘Big Money’ assured the WWE Universe that his elder sibling is alright.

He said: “I did speak to Jeff for a little bit today, and he’s OK, he’s good. I think he’ll be fine, but once again, this isn’t my business. If he wants to go into it in more detail, then he’ll do it himself. He is at home, and he is OK.”

In 2020, the company released a large amount of its talent due to the ongoing Covid-19 pandemic, and it’s been more of the same this year. Here are just some of the releases from WWE:

In August, Ric Flair requested that the company release him from his contract. The sixteen-time champion released a statement explaining that he and WWE had different visions over his future. The ‘Nature Boy’ retired from in-ring competition in 2008.

‘The Fiend’ regularly provided wrestling fans with electrifying match-ups, but sadly for them, they won’t be seeing him in a WWE ring anytime soon.

What does the future hold for The Enigmatic Soul?

Hardy is one of the most talented performers in the history of the sport. His vast array of high flying manoeuvres has entertained the WWE Universe for over two decades. There may not be another wrestler whom the fans have wanted to see win another world title more than him.

The American conquered the world at the Armageddon PPV in 2008, where he pinned Triple H to win his only world title.

However, the 44-year-old has struggled with addiction problems that have affected his career. According to a tweet by Fightful‘s Sean Ross Sapp about his reported release, ‘The ‘Enigmatic Soul’ allegedly turned down the company’s offer of rehab.

The release of one of the public’s favourite superstars is seemingly set to be announced imminently. Fans will hope that Hardy will one day be in a position to return to WWE and put on some more exhilarating in-ring displays.

Dan Hardy opens up on his release from the UFC

Dan Hardy opens up on his release from the UFC